Google are expected to make Android 4.3 Jelly Bean official at a press event next week on the 24th of July, along with the new Nexus 7 tablet. Now it would appear that Android 4.3 has been leaked for the Google Nexus 4.

The video below shows Android 4.3 running on a Nexus 4, it was posted online by Tristan Smith, and it gives is a good look at the next version of Google’s Mobile OS. 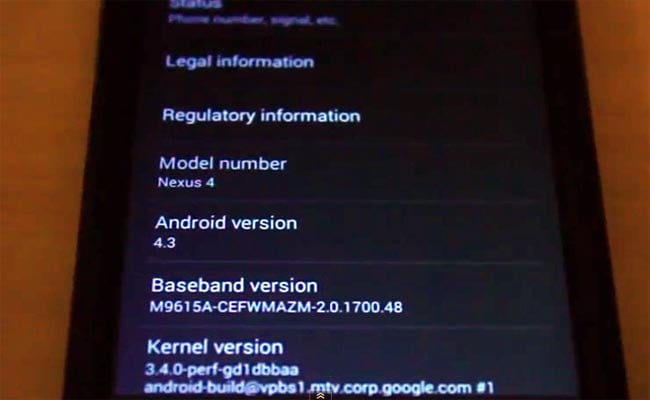