According to data recorded over the past 14 day period on visits to the Android Market by Android devices, Android 2.2 is now the most dominant version of Android being used on devices with a 61.3 percent of Android devices running it. This include both smartphones, mobiles and tablets and anything loaded with Android that has hit the Market in the past 2 weeks. 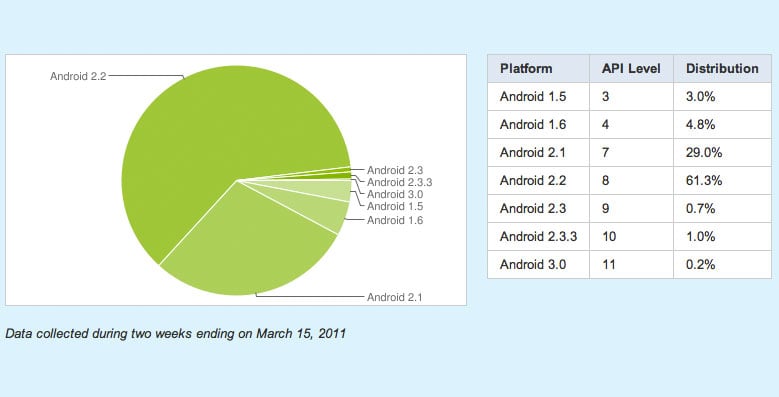 The data also shows that the latest platform releases haven’t really started to bite as yet and only account for a small percentage of the overall usage. With Android 2.3.3 on only 1 percent and Android 3.0 just 0.2 percent.

So even though the software is available users it seems are a little slow to update or possibly cant update due to providers not updating their devices as quickly as hoped. Last historical dataset collected during two weeks ending on March 15, 2011