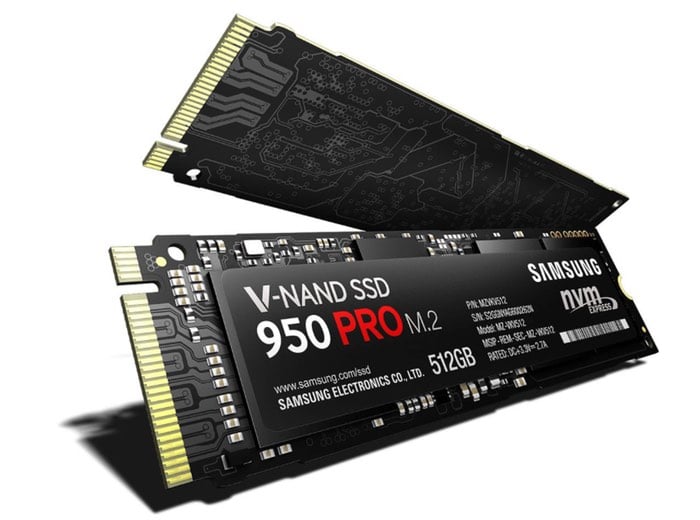 Samsung has this week announced the launch of its new Samsung 950 PRO SSD that will be available in 512GB and 256GB storage capacities.

The drive is ideal for professionals who want cutting-edge performance, higher bandwidth and lower latency from their high-end PCs and workstations, for projects such as computer-aided design, data analysis and engineering simulation. The compact M.2 2280 form factor ensures compatibility with next-generation desktop and mobile platforms that support the M.2 PCIe slot and interface.

The 512GB version delivers sequential read/write speeds of up to 2,500 MB/s and 1,500 MB/s. Random read performance is up to 300,000 IOPS, with write speeds of up to 110,000 IOPS. For more information on the new Samsung 950 PRO SSD jump over to the press release website for details via the link below.