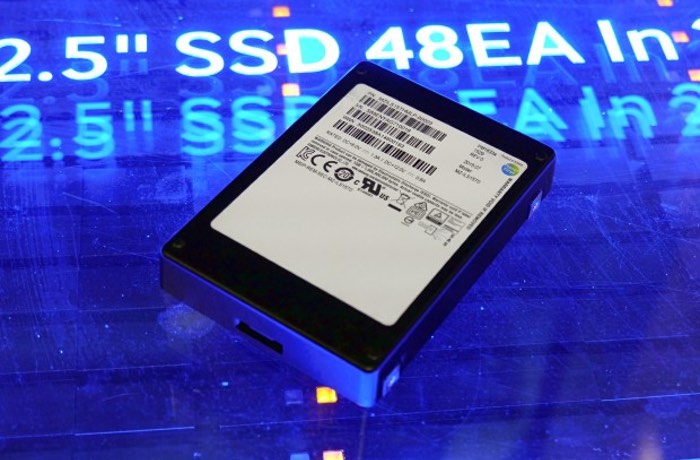 Samsung has been busy unveiling new hardware this week and during the Flash Memory Summit in California, has introduced a new addition to their range of solid state disk (SSD) storage, with the unveiling of the new Samsung 2.5-inch 16TB SSD.

The 16-terabyte drive (actual capacity 15.36TB) must use between 480 and 500 of Samsung’s new 256Gbit dies. We’re not entirely sure how you squeeze that many dies into a standard 2.5-inch SSD case, but presumably there’s some die or package stacking involved.

Samsung showed off a server with 48 of these new SSDs, with a total storage capacity of 768 terabytes and performance rated at 2,000,000 IOPS (input/output operations per second). By comparison, the consumer-grade SSD that you have in your PC is probably capable of around 10,000-90,000 IOPS, depending on the workload.

Unfortunately no information on pricing or worldwide availability has been released as yet by Samsung for the new PM1633a 16TD SSD, but as soon as information comes to light we will keep you updated as always.