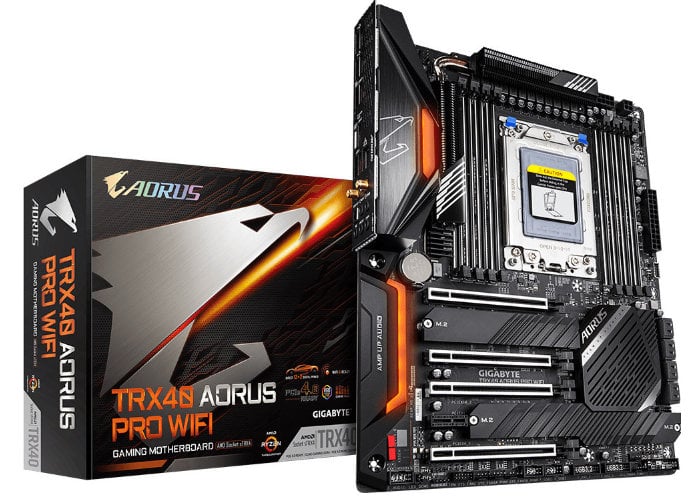 “To extract the best performance from the 3rd Gen. Ryzen Threadripper CPUs, TRX40 AORUS motherboards boast some of the most impressive power designs on consumer motherboards. Select boards feature a 16+3 direct digital power design with all Infineon components. With a direct power design and no doublers used, the motherboards have lower Vcore ripple and higher power efficiency compared to motherboards which adopt a traditional parallel power design. Each phase in the power design is capable of holding up to 70A, for a total power output of 1330A.”

“Raw power aside, the abundant phase count also improves the load balance so that the phases aren’t overworked and generating excess heat, which can be detrimental to the board’s durability. 2X Copper Low-Loss PCB design on the TRX40 AORUS motherboards also allows for superior overclocking as it provides a solid amount of power trace paths between components so that the boards can handle greater than normal power loads. This design also removes excess heat from the critical CPU power delivery area, which is essential for successful overclocking as it ensures the motherboard is capable of handling the increased power loading.”

The new GIGABYTE TRX40 AORUS motherboards will soon be available to purchase although GIGABYTE has not released any details on pricing as yet. In the meantime jump over to the official product page via the link below.