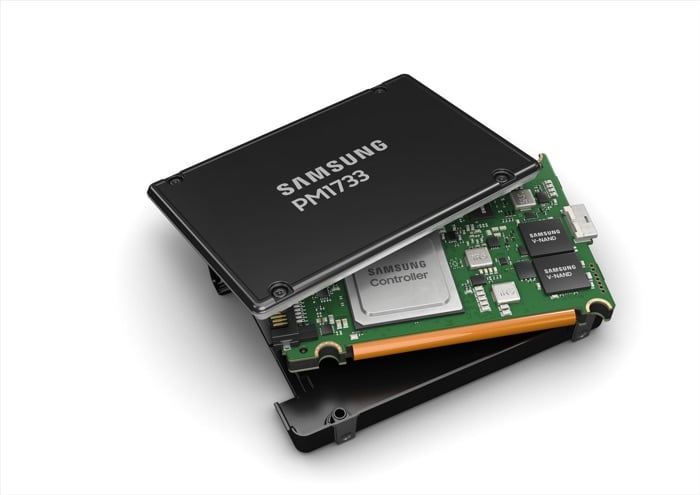 These new Samsung PCIe Gen4 SSDs offer twice the speed of Samsung’s Gen3 SSD’s with speeds up to 8,000 MB/S.

Samsung began mass production of its next-generation PCIe Gen4-based PM1733 and PM1735 SSDs last month with twice the speed of the Gen3 SSDs, leveraging on the company’s three core software technologies. The 12.8TB PCIe Gen4 NVMe SSD (PM1735), for example, offers nearly 14 times the sequential performance of a SATA-based SSD, with 8GB/s for read operations and 3.8GB/s for writes. Random speeds measure at 1,450,000 IOPS for reads and 260,000 IOPS for writes. Furthermore, the PM1733 offers single and dual-port options to support server and storage applications, as well as multi-stream writes and SR-IOV.

The two NVMe SSD series are offered in 19 models and come in two form factors – 2.5-inch (U.2) and HHHL (card-type) – with capacities ranging from 0.8TB to 30.72TB to suit the diverse needs of OEMs worldwide. The drives also ensure endurance of one or three drive writes per day (DWPD) over a five-year period.

You can find out more information about the new Samsung PCIe Gen4 SSDs over at Samsung at the link below.