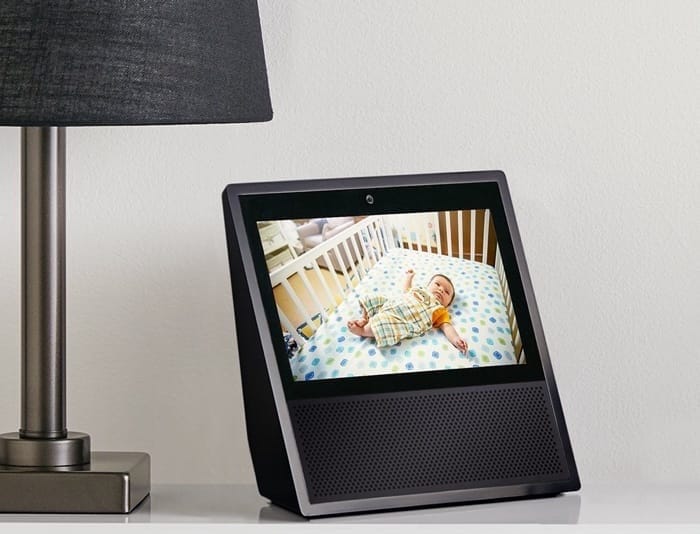 Amazon has announced that their Amazon Echo Show has gone on sale in the UK today. The device is now available from Amazon for £199.99. The company is also offering a two pack of the Echo show with £100 off.

The Echo Show comes with Amazon Alexa built in, unlike other Alexa devices it features a display that can be used to play videos and also for things like video calls and more.

With the addition of the screen, Alexa can now show you things. Flash briefings now include video content from favourite news providers like BBC News, The Telegraph, MTV and more. You can start a kitchen timer and see it count down, easily see and manage your family’s calendar, or ask to see your to do and shopping lists. Ask Alexa to show you photos, movie show times, and movies and TV shows from Amazon Video. Plus, as you listen to music from Amazon Music, you’ll also see song lyrics and album art. Customers can also use Echo Show to see a live camera feed from the nursery or your front door, or to control smart home devices from brands like Ring, Arlo, Philips Hue, Hive, TP-Link, Netatmo, WeMo, Smart Things, and Tado.

You can find out more details about the new Amazon Echo Show at the link below, it is now available from Amazon, Argos, John Lewis, Dixons and Tesco in the UK.