Further to Amazon trailing their new Amazon Delivery lockers in 7-Eleven stores in seattle, Amazon has now activated its new Amazon Locker package delivery system in New York City. enabling Amazon customers to now have their deliveries sent to eight location around New York rather than their own homes or businesses.

The new locations include lockers installed at selected Gristedes, Rite-Aid and D’Agostino stores in Manhattan, New York. Full list after the jump. 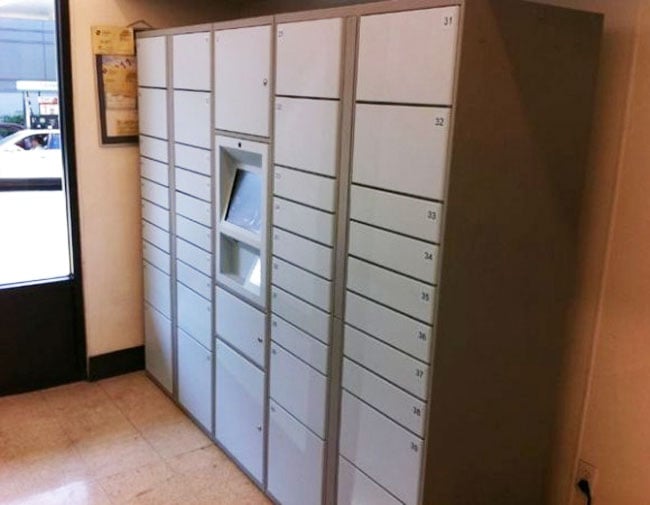 Amazon have yet to officially announce their new Locker service or dates when their new service will be officially launched, but as always we will keep you up-to-date as information becomes available. 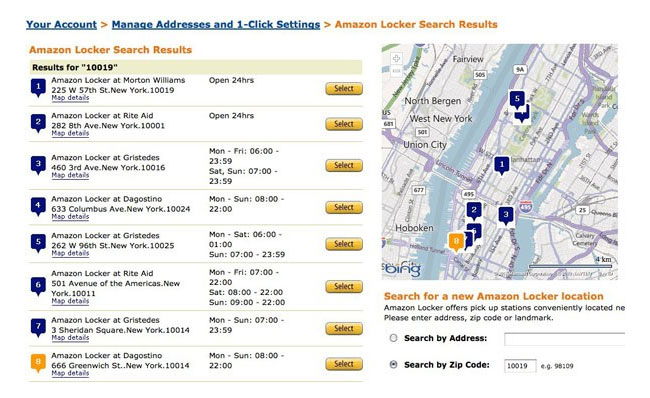 Amazon lists eight Amazon Locker locations in the Seattle region, at a Bellevue Rite-Aid on 106th Ave. NE; Bellevue College; US Bank Centre in downtown Seattle; Rainier Copy in the University District; on the Amazon campus in South Lake Union; 7-Elevens on Queen Anne and Capitol Hill, and the Seattle Athletic Club on NE 97th St.