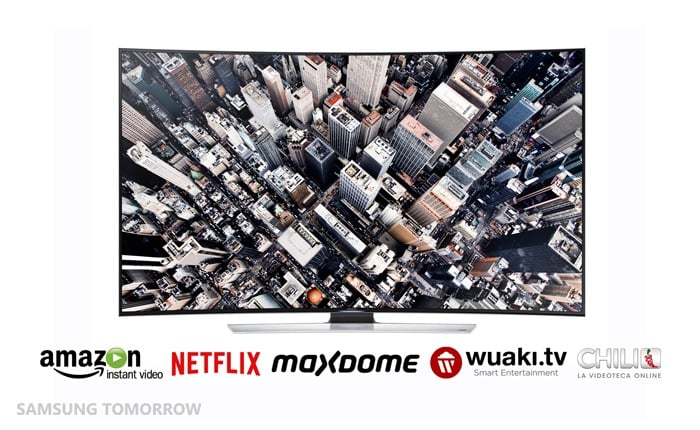 Today it has been announced that Amazon’s 2014 original series lineup will start streaming to Samsung UltraHD TVs next moth with the start of the Amazon 4K video streaming service.

The news was unveiled by Samsung today who explains that Amazon’s UHD VOD service will be launching during October 2014 globally.

Samsung also announced that the Netflix’s UHD VOD Service is expanding in Europe, after being made available in the US since last March. Won Jin Lee, Executive Vice President of Visual Display Business at Samsung Electronics.

“The era of UHD has begun, and to continue even more widespread adoption, it is important to provide consumers with more choices when it comes to UHD content,”-“We are providing our customers with a wider array of UHD content to enjoy on our ultra-immersive Curved UHD TVs.”

over the past months Samsung has been working with partners to develop a solution for secure UHD content distribution. Working with the SCSA (Secure Content Storage Association), whose founding members include SanDisk, 20th Century Fox, Warner Bros., and Western Digital. For more information on the new UHD ecosystem expansion jump over to the Samsung press release for details.