The past few weeks have been extremely busy for the rumor mill. I hardly recall a day when we didn’t hear anything about the upcoming flagship from Samsung dubbed as the  Samsung Galaxy S5. 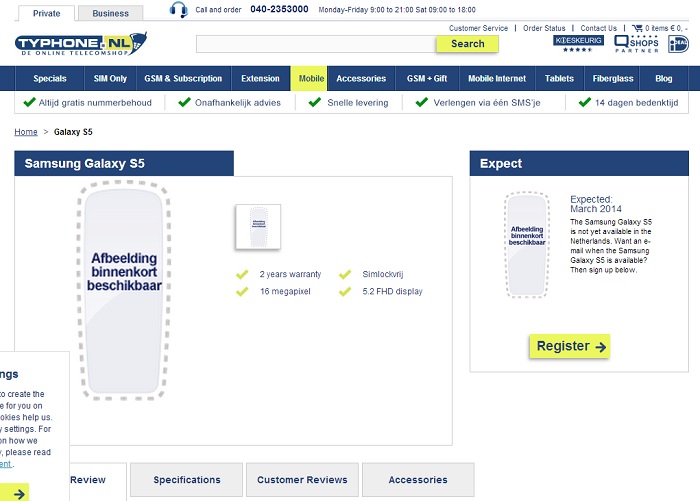 According to the listing, the highly rumored Samsung Galaxy S5 will feature a 16MP camera on the back, something we’ve heard countless times before. Additionally, it says the handset comes with 5.2-inch FHD display (1920 x 1080 pixes), which goes against what we’ve heard from almost every leak that it will come with a QHD display sporting a resolution of 2560 x 1440 pixels.

Well, it could be the “Standard” version of the handset, as several rumors hinted the possibility that Galaxy S5 will launch in two versions, with the QHD display, fingerprint sensor and metallic change to be a part of the high-end one.

It could be incorrect, but we’re sure we’ll find out everything we need to know about the alleged handset at the Mobile World Congress later this month. Samsung has scheduled a press event on 24th February in Barcelona so mark you calendar to witness the launch of the next flagship device from the Korean OEM.