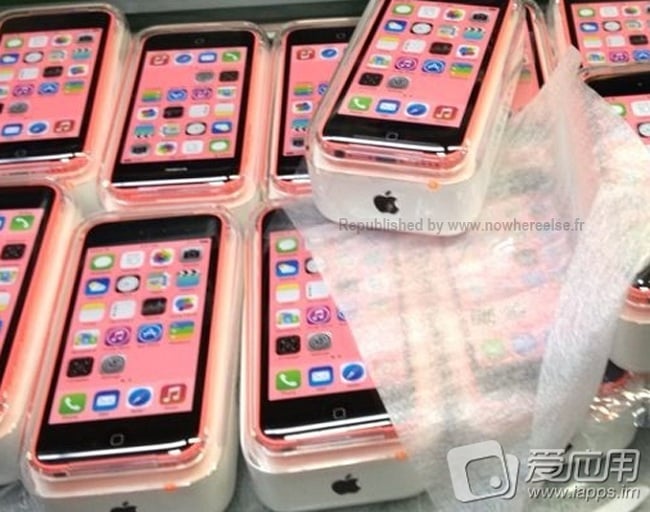 Currently, it might be a little difficult to tell whether the image is authentic or not as it emerged from Chinese shores, and we know that there are a number of knockoff products available in China that resembles a lot like the original iPhone.

iPhone 5C is excepted to be the budget variant of the device with plastic exterior and specifications that are quite similar to iPhone 5. The device is expected to go on sale for $400-500 while the refreshed iPhone will be available for $600-700.

Apple is expected to schedule an event on September 10 where the company plans to unveil its low-cost iPhone 5C, with the aim of competing in the low-cost market which is dominated by Samsung and other Android manufacturers. The device is expected to launch a week and a half after the announcement which is expected to be September 20. Apple has cancelled all employee vacation in the last two weeks of September, so we can definitely say that the iPhone launch is imminent.

Are you excited? Will you go for a low-cost iPhone 5C or the refreshed iPhone 5S?