Some of our readers will remember the Air Display iPad app that we featured on Geeky Gadgets a while back, it basically lets you use your iPad as a secondary display with your MacBook.

Now the developers have launched an updated version of Air Display which adds support for Windows based PCs and notebooks, as well as MacBooks. 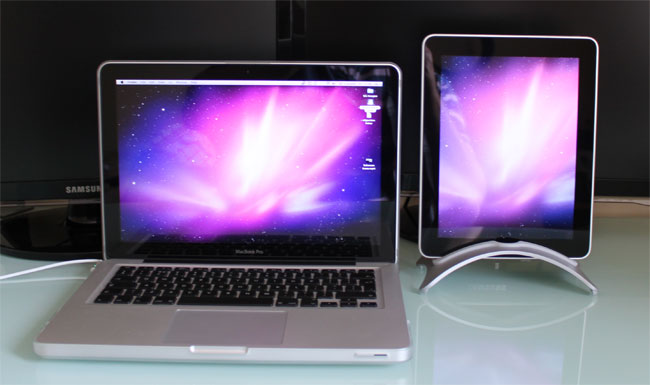 Developed by Avatron Software, home of the popular Air Sharing apps, Air Display lets you position your iPad next to your computer, drag windows onto it, and interact with those windows as you would on any other computer display.

You can find out more details about the updated Air Display iPad App over at  Avatron.