Aigo have just launched their latest Linux Maemo mobile Internet device (MID) the WalkShow NX7001. Which is equipped with a 16:9 4.3-inch touch screen display with a resolution of 800 × 480 and a Linux operating system also know as the ‘Nokia Maemo Linux’  which allows you to perform the same functions on the MID as on a desktop PC. 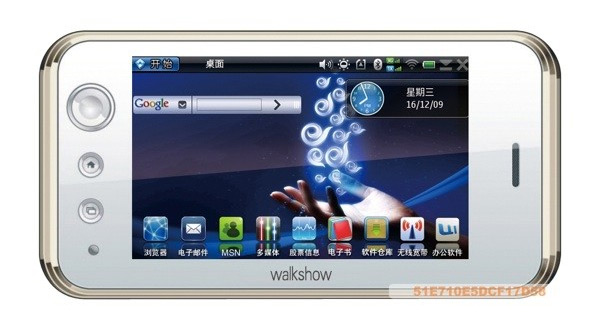 The new WalkShow NX7001 is equipped with 3G and Wi-fi and is powered by a Marvell PXA310 806MHz processor with 128MB DDR and NAND flash, the memory can be extended via the integrated micro SD card slot.

Its fitted with a 2600 mAh battery, can be recharged via USB and can read MS Office files and PDF’s straight out of the box. The Aigo WalkShow NX7001 is expected to go on sale for around $500