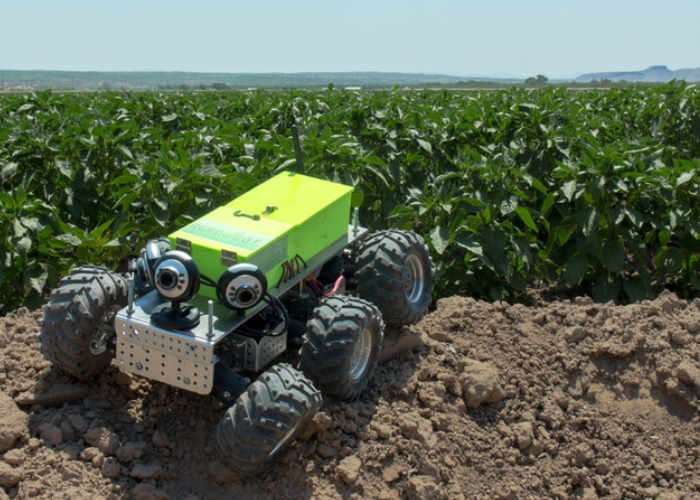 Farmers with small to medium-sized crops looking for a way to keep track of their produce may be interested in a new autonomous robot which has been created by Emerging Technology.

The autonomous AGRowBot has been specifically designed to monitor crops and respond to pests, weeds and disease. Watch the demonstration video below to learn more about the new six wheel robot which is taken to Kickstarter this week to raise the $25,000 the team require to take the design into production.

The development team behind the AGRowBot robot explain more about its inspiration, design and features.

The AGRowBot is the first robot in a family of ground and air platforms to support the small and medium-sized farmer, the backbone of rural communities across the United States. America’s small farms are disappearing at an alarming rate, and it is having an adverse impact on our rural communities.

The AGRowBot has been in development since the Summer of 2016 and will address critical issues facing the small farmer such as the availability of labor and the cost of production. The AGRowBot will provide the farmer with real-time crop assessment to identify weeds, pests, disease, and nutrition requirements.

Because the assessment is at the plant level, fertilizers and pesticides can be applied only where needed, lowering the cost of the crop and minimizing the environmental impact. Additionally, plans can be constructed to direct farmhands to where weeds need to be removed.