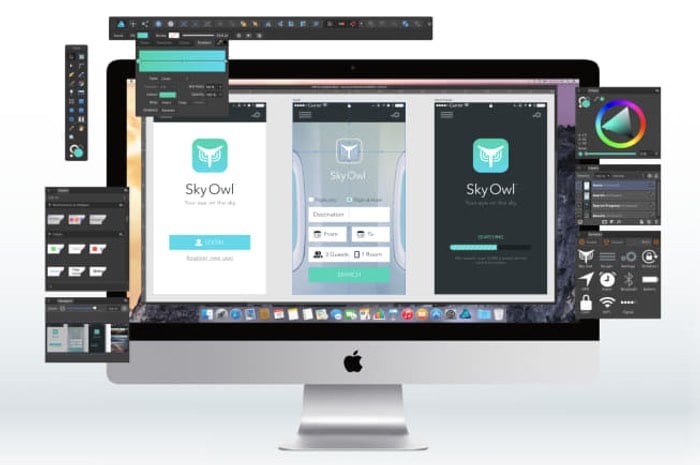 Serif the creators of the awesome Affinity range of design, photo editing and drawing applications, has today announced the release of a new powerful update to its Affinity Designer software which is free to all existing users.

The free Grade UI kit has been created by Russian designer Sergey Azovskiy. Sergey says: “This is one of the most ambitious projects on which I have ever worked with. I tried to make the Grade UI Kit as versatile and useful as possible for designers and developers. At the same time, I wanted to give users the ability to choose from a variety of design options for the same component.

Updates in Version 1.5 include:

Meanwhile Symbols will allow users to have multiple instances of the same object, where editing one object will edit them all simultaneously.

Snapping power is another feature which continually wows Affinity Designer users. Alignment is easy with customisable grids and snap to pixel, while instant live feedback makes it a doddle to monitor the precision of your design.

Affinity Designer’s asset management panel – another key element of a smoother workflow – allows users to drag and drop items into, or out of, the panel for easy access when you need them.

“With the latest features in version 1.5, we’re changing the game for UI, UX and web designers too.”