Apple is expected to launch a more budget friendly 8GB iPhone 4 next month that will roll out with the launch of their new iPhone 5 next generation device, according to reports from Reuters. Two source close to the Apple production line have confirmed to Reuters that Apple has already begun production of the cheaper 8GB iPhone.

Currently the 16GB iPhone 4 is the smallest and cheapest iPhone Apple sells, but its thought by some analysts that the cheaper 8GB iPhone 4 could help Apple boost sales in emerging markets. 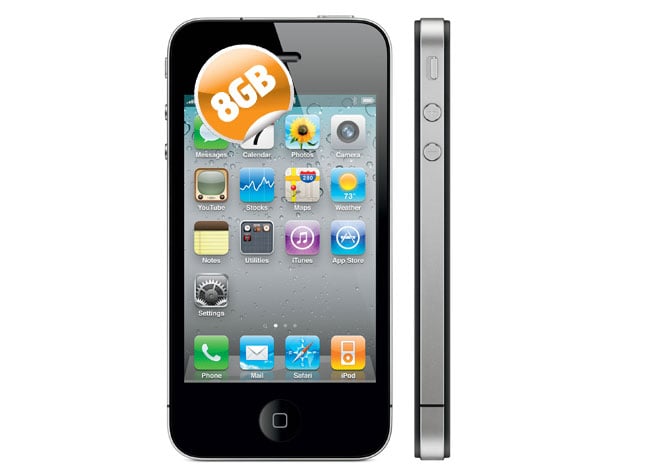 “Apple may want to push into the emerging market segment where customers want to switch to low- to mid-end smartphones from high-end feature phones, which usually cost $150-200,” – “But I think for an 8GB iPhone 4 the price is hard to go below $200, so Apple will still need a completely new phone with low specifications for the emerging markets.”

We hopefully won’t have long to wait to see if the reports are correct as Apple is expected to launch their new iPhone 5 in September if rumours and speculation are to be believed. You can read the full exclusive 8GB iPhone 4 story over on the Reuters website.