It is that time of the year again, we we start to hear rumors about this years new iPod’s from Apple, we already heard a rumor last month that the new iPod Nano would feature a camera.

Last month there was a photo showing the inside back casing on the new iPod Nano, and now the same site, Apple.Pro has obtained another photo of what is reported to be the back of the 7th generation iPod Nano. 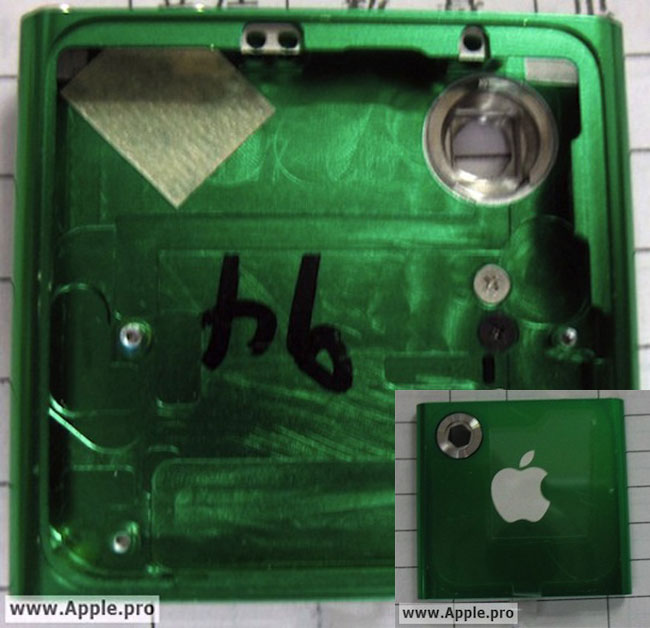 What we can see from this photo, is that the back of the 7th generation iPod Nano features a clipless design, and it is reported to feature a 1.3 megapixel camera.

No doubt we will see many more photos of future iPod’s before they are officially unveiled by Apple later this year.