Circuit bending is when developers, makers and modders take an existing electronic device such as a children’s toy, electronic keyboard, or drum machine and then uses its electronic components to create new sounds. Check out the $70 synthesiser in action after the jump. 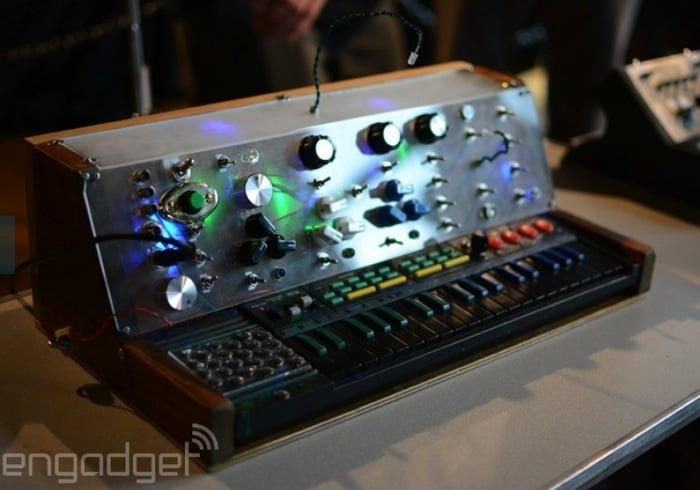 As you can see from the photo GleixnerHas created a custom built modern plastic case for his device which also includes a number of dials and switches and controls for pitch and two types of distortion, as well as having their owntheremins for gesture-controlled sounds. The synthesiser was created for this years Moog Circuit Bending Chanllenge 2014, its creator explains a little more :

“Here’s my Circuit Bent Hing Hon EK-001 squarewave keyboard, built into an upright style synth, which runs on four AA batteries (6V). Three months of semi-constant work for the Moog circuit bending challenge of 2014. I hope you enjoy. In this demo I try to run over some of the more pertinent mod combinations while keeping the demo time to a minimum. All sounds in this video are raw.”