Makers and developers that in jewellery making electronic projects might be interested in a new debugging device called the Tiq Probe, which has been designed to make both diagnostic even easier and faster.

The Tiq has been specifically designed as a logic debug tool, and is equipped with a voltmeter function that works from +28Vdc to -13Vdc, and uses a bright LED to warn you of a problem area within your electronic project. Watch the video after the jump to learn more about the Tiq Probe project and see it in action. 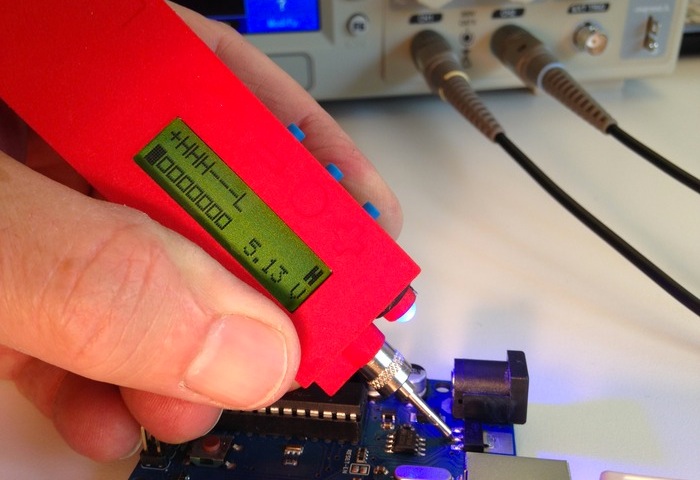 The creator of the Tiq Probe Innavatus explain a little more about their creation :

Tiq is not only an analyzer, it provides a powerful, programmable digital pulse generator – so you can provide stimulus to circuits under test, or exercise a servo, motor or LED driver (without a separate, bulky, expensive pulse generator!).

Simply touch tiq to a circuit and it instantly displays repetitive pulse activity and timing or detailed logic level analysis with voltage measurements. Fully automatically, no settings or adjustments required!

The information is on a crisp LCD screen close to the probe tip, augmented by LED colors and audible tones, so you don’t need to look away at a screen, risking dangerous probe slips.”

The Tiq Probe project is currently over on the Kickstarter crowd funding website looking to raise enough pledges to make the jump from concept to production. So if you think Tiq Probe is something you could benefit from, visit the Kickstarter website now to make a pledge and help Tiq Probe become a reality.