Further to reports suggesting that Nintendo was considering releasing a newly designed 3DS or gaming device, a new gaming peripheral has been spotted by Japanese gaming magazine Famitsu, who also leaked a list of eight game earlier today for the PS Vita ahead of Tokyo Game Show starting next week.

The new 3DS peripheral adds a second circle pad and set of shoulder buttons to a 3DS and has been dubbed the “Kakuchou Slide Pad” or “Expansion Slide Pad”. 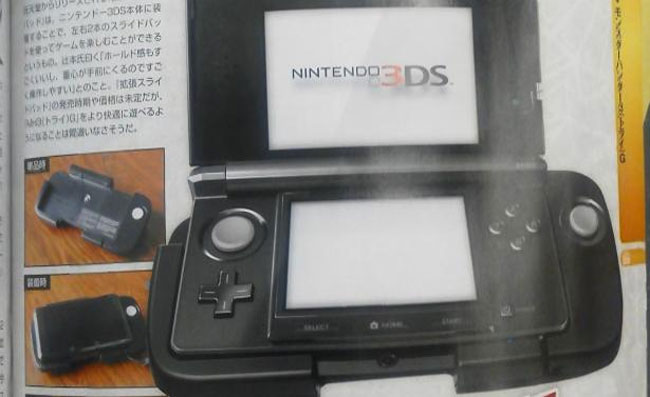 The newly spotted 3DS peripheral is a bigger version of the 3DS charging cradle and looks to add quite some size to the 3DS gaming consoles pocket design. Edge contacted Nintendo about the new peripheral who reply by saying:

“We can confirm that Nintendo does plan to release the attachment but that any further announcements on the attachment will be made at some later time by Nintendo.”

Hopefully the up and coming Tokyo Game Show will shed some light on the 3DS device as always we will keep you updated.