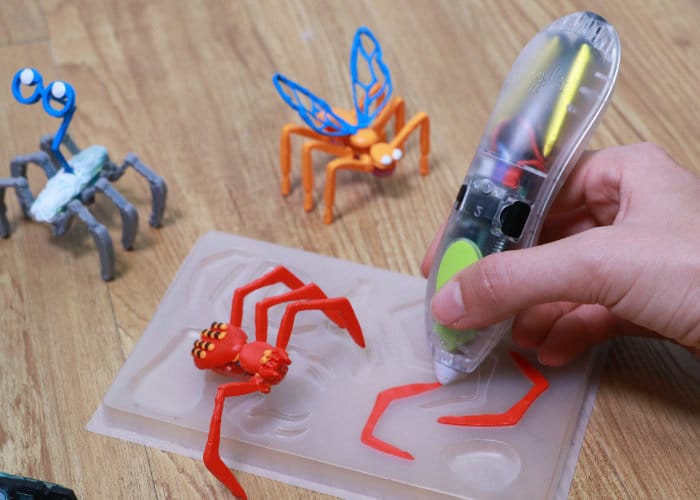 3Doodler and mini robot manufacturer HexBug have announced a new partnership ahead of this year’s 2018 Toy Fair, to combined technologies and enable children to build their very own robotic creatures with 3D printed limbs that can be combined with electronics components created by HexBug. Making a robotic creature that can move around autonomously. Using the child friendly 3Doodler 3D printing pen and provided templates, children can easily build creatures, or if their imagination allows build bigger and weirder creatures directly from the nozzle of the 3D printing pen. 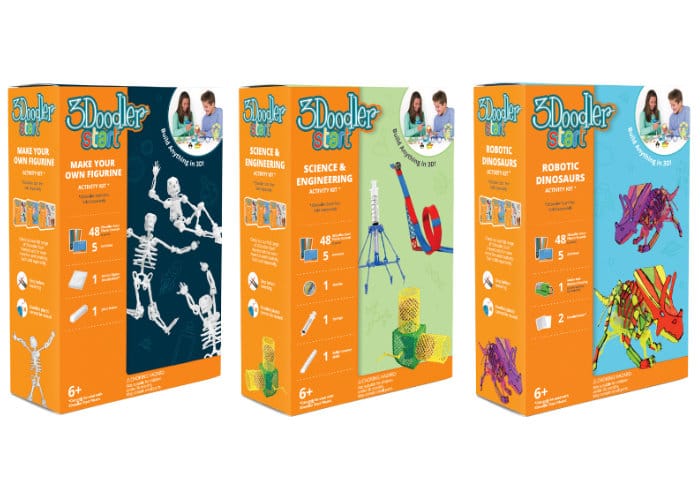 As well as the new robotic kits created with HexBug, 3Doodler has also announced a series of STEM activity kits the company has created on there own, designed to be used with their 3D printing pen. Offering a wide variety of projects from robotic dinosaurs to making your own skeletons or engaging in scientific and engineering experiments.

3Doodler is also releasing new Doodlemolds to help children create 3D printed key rings, costume masks, eyeglasses and more. You can expect the robotic Hexbug kits to launch sometime during May 2018 priced at around $60. While the separate 3Doodler STEM kits will be priced from $20 to $30 and Doodlemolds will be priced at $15, and available during the spring months of 2018.