iPhone owners who fancy taking 3D Stereoscopic photographs with their iPhone, might be interested in this new Kickstarter concept called the 3DCone.

The 3DCone is an adapter for your iPhone 4/4S which once fitted allows you to capture 3D videos and stills. Watch the video after the jump to learn more about the 3DCone project and see it in action. 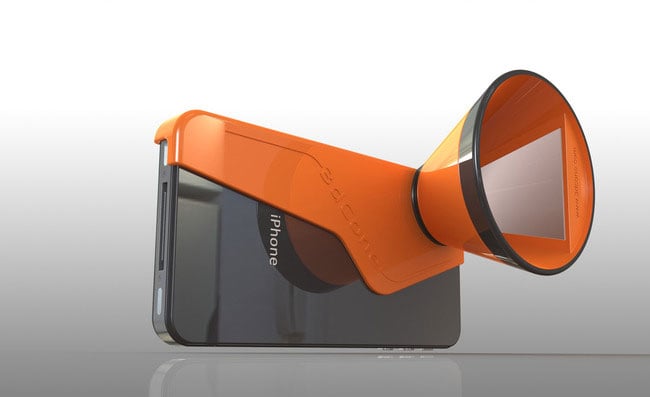 The design of the 3DCone transforms your iPhone into a stereoscopic camera, using a mirror to take two pictures, with slightly different angles, which are used to create the 3D image. A company application is also provided that allows thou to to process the images or movies after they have been taken.

The 3DCone project is currently over on the Kickstarter website looking to raise enough pledges to make the jump from concept to production. Check out the Kickstarter page for more information.