Not long ago we reported about the successful creation of 3D printed guns. Arguably, said information could be used to make the claim that 3D printers are more harmful than they’re worth. Today I come to you with the other side of the story.

3D printers have been used successfully to create robotic hands for unfortunate people and children who have lost or were born without a hand and/or fingers. 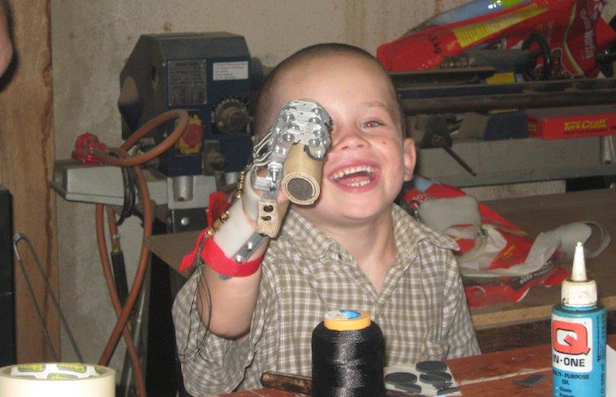 Richard van As is a South African carpenter who created a prosthetic finger with the help of Ivan Owen after suffering from a woodworking accident in 2011 that took four fingers from him. Since their creation, Richard van As and Ivan Own have created fully working robotic hands they call Robohand for five children.

The hand works through cables that respond to wrist and arm movements. Robohand offers precise movement capabilities to children who’ve never been able to even think about picking up small objects, let along large ones.

The great part of the whole thing is that it offers a workable prosthetic option to children that doesn’t cost thousands of dollars. Richard van As and Ivan Owen have even uploaded the open-source files for their design to Thingiverse and are trying to raise $10,000 through an Indiegogo campaign in order to buy materials so they can create more free prosthetic hands for children.