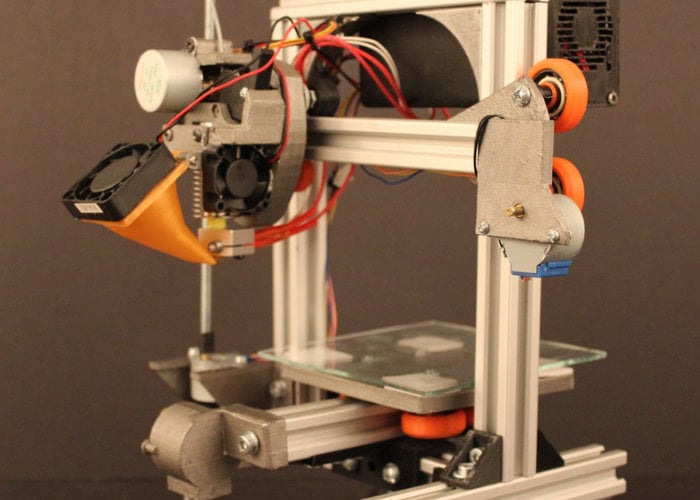 3D printing enthusiast Grim Karltun has created a smaller version of the popular Ender 3 3D printer in the form of the aptly named mEnder offering a tiny metal frame 3D printer designed and built to be affordable, durable and support all standard slicers. Watch the demonstration video below to learn more about its miniature design and capabilities.

Launched via Kickstarter this week the mEnder 3D printer is now available to back with earlybird pledges available from £74 or SEK 915, with worldwide delivery expected to take place during October 2020. Karltun explains a little more about his 3D printer and the inspiration behind it.

“I have designed a 3D printer exactly half the scale of the Ender 3. The idea was first grown when i had trouble taking my Ender 3 to a event. So now maybe a month later I am done with the prototype. This prototype showed in the video is a early prototype and the design WILL be greatly improved. It works with the same Linear V slot roller system as the Ender 3 does. The extrusion in the frame is 20×20 millimeter and that means there is a lot of extensions already available. The machine uses a E3D V6 (clone) hotend assembly. All the parts will be carefully examined by me before shipping.”