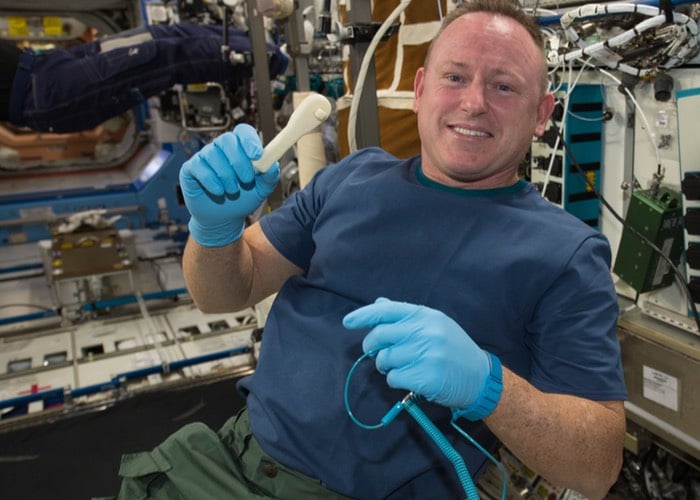 Early this year the ISS astronauts were carrying out tests 3D printing tools on the International Space Station, now that the printing has been completed the ISS tools have been sent back to Earth the testing and included 3D printed wrenches.

The 3D printer on the space station was tested by beaming a printing file from the earth to the ISS, where it was 3D printed using a low temperature filament.

NASA explained “Printed parts and hardware returned from the first phase of operations for the 3D Printing In Zero-G technology demonstration aboard the station. A study team from Made in Space and NASA demonstrated the first ever 3D printer in space using relatively low-temperature plastic feedstock on the space station. To conclude the test phase, a ratchet wrench was printed using a design file transmitted from the ground to the printer.”

Niki Werkheiser, the space station 3-D printer program manager at NASA’s Marshall Space Flight Center explained: “For the printer’s final test in this phase of operations, NASA wanted to validate the process for printing on demand, which will be critical on longer journeys to Mars”