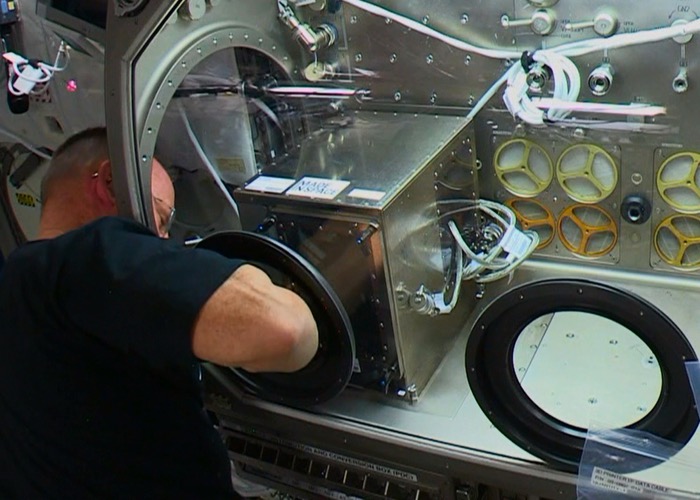 This week the International Space Station has received its first and highly anticipated 3D printer which has been installed inside the Destiny laboratory’s Microgravity Science Glovebox by Commander Barry WIlmore.

The new ISS 3D Printer has not been fully tested as yet, but will show how it it possible to print in Zero-G as a proof-of-concept test of the “properties of melt deposition modelling additive manufacturing in the microgravity environment”, says NASA

Its hoped that if the testing goes as planned the new machine will provide a “machine shop” in space that can be developed further for deep-space missions. NASA explains :

In addition to safely integrating into the Microgravity Science Glovebox (MSG), the 3D Print requirements include the production of a 3D multi-layer object(s) that generate data (operational parameters, dimensional control, mechanical properties) to enhance understanding of the 3D printing process in space.

For more information on the new ISS 3D printer jump over to the NASA website for details via the link below.