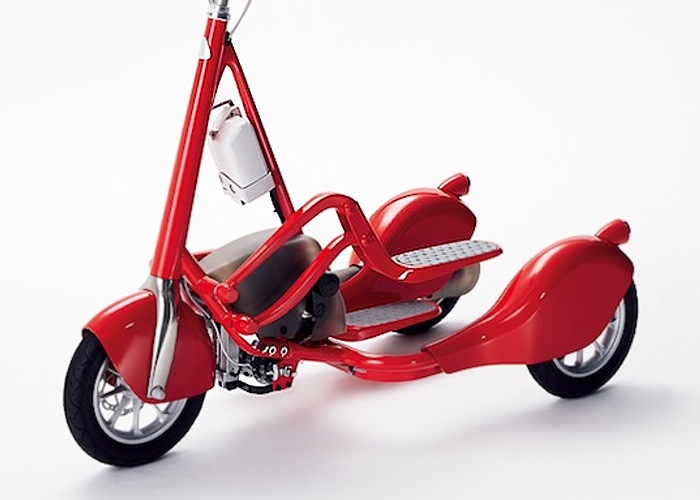 Automotive parts manufacturer Katayama Kogyo has recently unveiled a new electric vehicle they have created called the Walking Bicycle, which has been designed in collaboration with designers such as Shuwa Tei, Kenya Hara and others.

The three wheel Walking Bicycle is power by a walking motion similar to that found on a stepping machine you might find in a gymnasium or via its electric motor, and is capable of speeds up to 24 km/h. Check out the video after the jump to learn more about this innovative and very unique style of electric transport.

The new Walking Bicycle will be launching in Japan during October and will be priced at around $3,000 or ¥290,000. Its on-board electric battery is capable of providing a range of around 20 km on a single charge but this can depend on the road surface encountered during your travels. Also in Japan users of the Walking Bicycle do not need a licence to be able to ride the Walking Bicycle on a public road unlike other electric bikes which still require a licence. 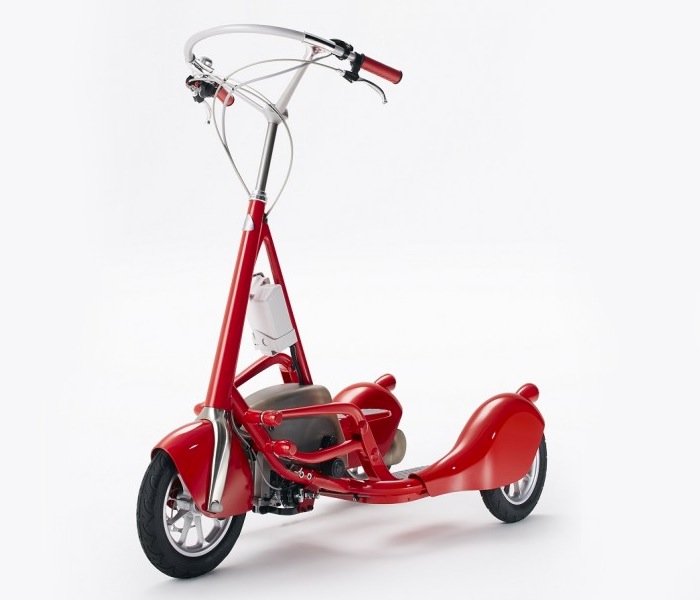 In total the Walking Bicycle weighs around 36kg in weight and is available in a variety of colours including Brilliant Red, Moegi Green, Champagne Gold or Sakura Pink. Next month its creators will be opening a showroom in Omotesando, where you will be able to test drive and see first hand the construction and build of the Walking Bicycle.

For more information on the new Walking Bicycle jump over to the official WBC website for details. (Japanese)