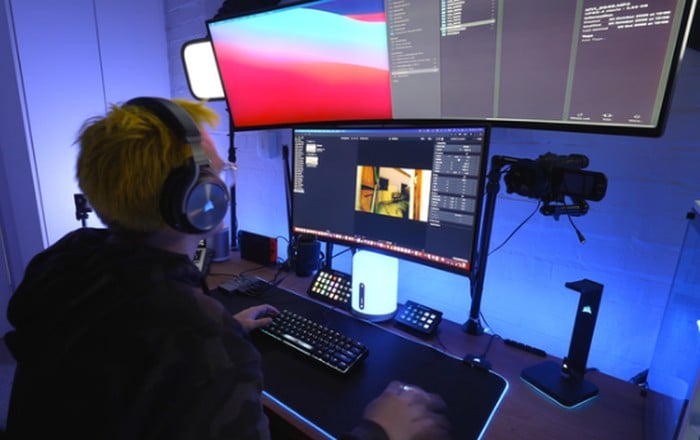 Anyone looking to connect multiple HDMI displays to their Apple M1 powered laptop or computer may be interested in a new three port HDMI hub named the Smiseachow H1, which is capable of allowing you to connect three displays to your single Apple M1 MacBook Air or Apple Mini system with ease. The Smiseachow H1 3 port HDMI hub not only supports the new Apple M1 chip but also provides 1080p @ 60HZ 1920 x 1080p resolutions and is also equipped with a USB3.0/TF interface and a TYPE-C interfaces. 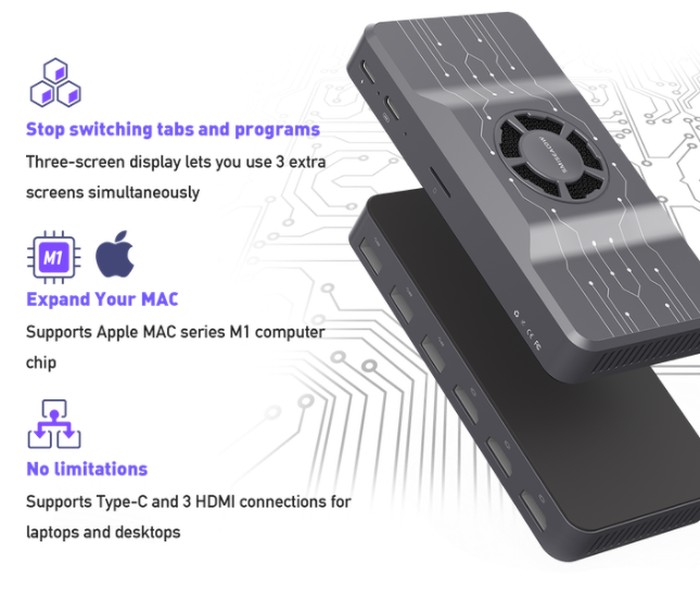 “If you love your MAC but feel frustrated because it doesn’t let you multitask through multiple screens, SMISEACOW H1 Multifunction 3 HDMI HUB solves that by supporting the Apple MAC series M1 computer chip and seamlessly letting you expand your MAC into an extra 3-screen power station!”

“If you’re a trader, designer, researcher, writer or any other type of digital professional, you know two things: one screen alone isn’t enough for your needs, and typical computers and hubs won’t let you freely and fully use the multiple screens you need to be more productive. That’s why we’re so proud to introduce SMISEACOW H1 Multifunction 3 HDMI HUB, the ultimate HDMI hub that supports 3 HDMI video channels as well as TYPE-C and USB 3.0 connections—while also supporting the Apple MAC series M1 computer chip.”

“In a nutshell, your desktop or laptop with a USB output interface can be directly connected to SMISEACOW H1 and expand USB external devices, such as a mouse, a keyboard, a U-disk, a mechanical hard disk, or a solid state hard disk, among other devices. Once you connect your phone, SMISEACOW H1 lets you freely switch between the mobile phone mode and the computer mode, changing the device host in seconds. Presently, H1 supports Huawei EMUI and Samsung DEX mobile systems.”

For a complete list of all available early bird specials, stretch goals, extra media and technical specifications for the HDMI hub, jump over to the official Smiseachow H1 crowd funding campaign page by checking out the link below.