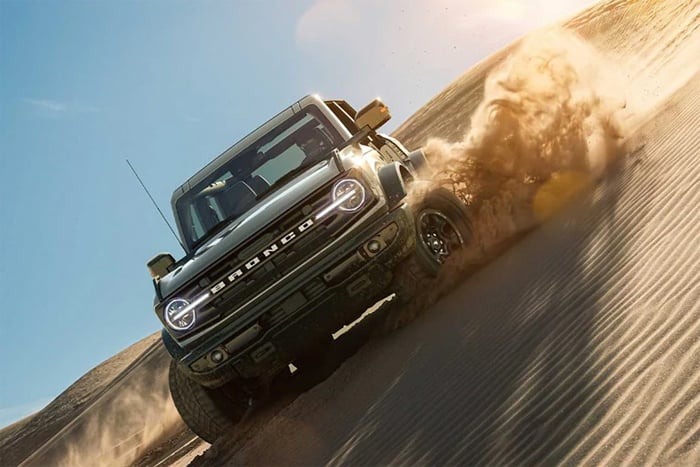 An interesting report is making the rounds that claims the Ford Bronco ordering system shows two different Raptor trims coming for the 2022 model year. Previously, rumors had suggested that a Bronco trim called the Warthog was in the works, but there’s a suggestion that was a trick.

According to reports, a Bronco E5J body style has been confirmed and a Raptor equipment package in a database used for the Ford ordering system. Since Ford has invested so much into its Raptor for the F-150 pickup, enthusiasts should be glad to hear that name will be used instead of Warthog.

We also hope that with Ford expanding the Raptor name outside of its full-size truck, perhaps this opens the door for a Ranger Raptor to come to the US finally. One bit of bad news about the Bronco Raptor is it will reportedly only come on the four-door Bronco. A base Raptor trim and a higher tier Raptor trim are expected.