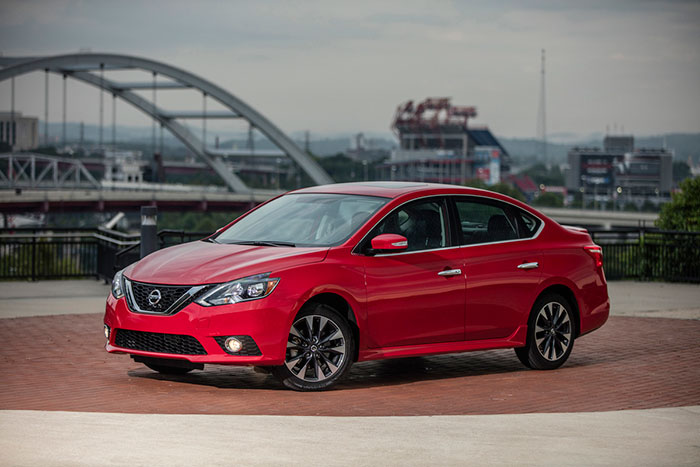 The 1.6L DIG turbo engine makes 188hp and 177 lb-ft of torque. That is 64hp more and 52 lb-ft more torque than the normal Sentra. The turbo car also gets an enhanced body structure, revised steering system, larger front disc brakes, and unique suspension tuning. A sliding glass moonroof is standard and the only option is the transmission and the turbo premium package including leather, Bose audio, blind spot warning, and rear cross traffic alert. Pricing and availability are unannounced.