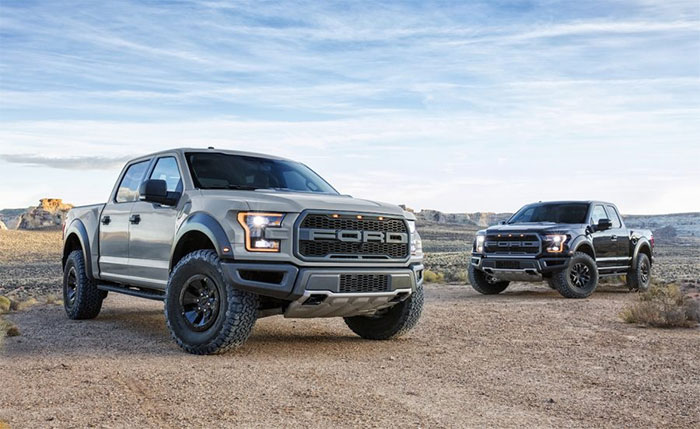 The 2017 Ford Raptor is a truck that fans are clamoring for more details on and some new specs have leaked. The alleged power numbers for the truck have come to light and claim that the second gen 3.5L EcoBoost V6 engine under the hood will pack 450hp and 510 lb-ft of torque.

Both those numbers are serious upgrades form the 375hp and 470 lb-ft of torque ratings for the EcoBoost in the standard F-150 line. The 2017 Raptor will also get the new Ford 10-speed transmission. The towing ratings for the truck have also surfaced.

Those numbers claim an 8,000-pound towing rating and a note that for trailers over 5,000 pounds a weight distribution hitch is required. The truck will officially hit dealerships in November of this year. This is the first time that the EcoBoost V6 has been under the hood of the Raptor. Fuel economy ratings are still unknown. The 2017 Raptor should be a much better performer than the previous version. These details came from the Ford eSourceBook, which might be a dealer training website from the looks of it.