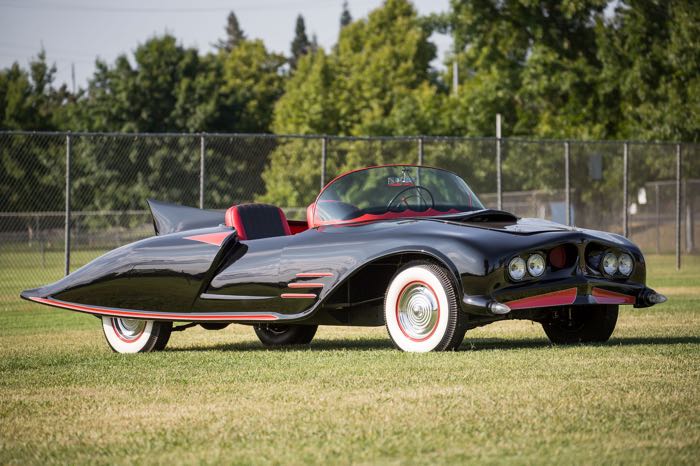 The first ever Batmobile is going up for auction, the car is a 1956 Oldsmobile 88 and this is the first ever official car that DC Comics licensed.

This early Batmobile is being auctioned at Heritage Auctions in Dallas, the car lay abandoned in a filed for almost 50 years and was discovered in 2008. 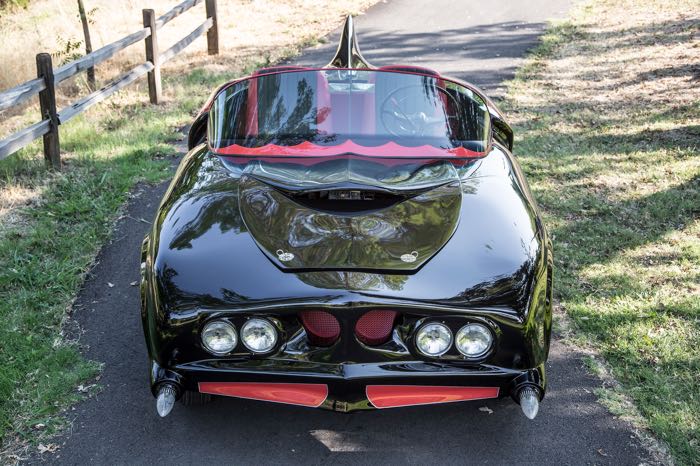 The ’63 Batmobile was custom-built from the ground up. Starting with a 1956 Oldsmobile 88 frame and the famous 324 Rocket engine — a predecessor of 1960s muscle cars — Robinson replaced the Oldsmobile body with his custom-designed body, measuring 17 feet by 83 inches, sporting the Batmobile’s iconic dorsal fin, bat-nose front end and pocket sliding doors. 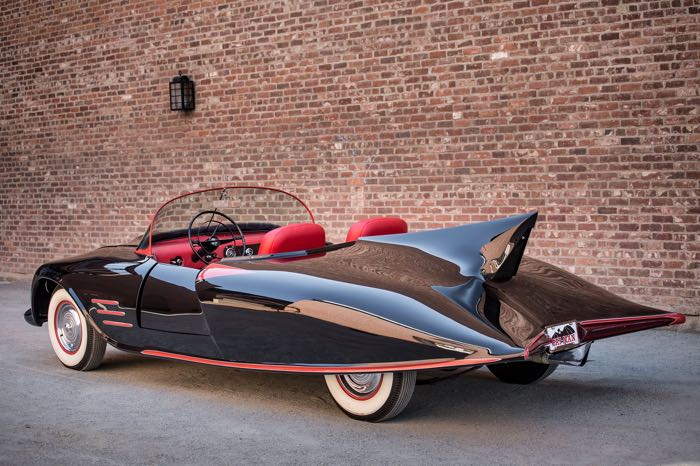 In 2008, the car was discovered by Bobby Smith of Swanzey, NH. He sold it to a rare car dealer in Chicago, who re-sold it to auto historian George Albright. George, a meticulous researcher, tracked down the two builders of the car, Robinson and Perham, as well as a retired DC Comics executive, and the former ALL STAR Dairies executives- all of whom remembered the car. Albright supplemented his research with Batman memorabilia such as Batman milk cartons and ice cream containers imprinted with the National Periodic Publications (then owner of DC Comics) copyright. 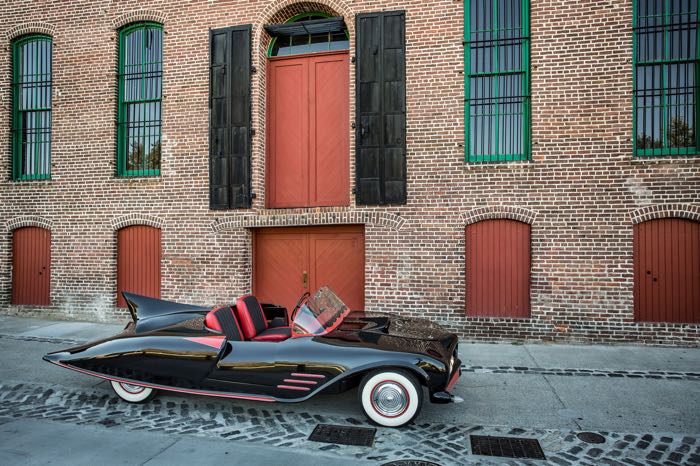 In February 2013, the ’63 Batmobile was purchased by Toy Car Exchange LLC and transported to Borbon Fabrications in Sacramento, CA, a company that specializes in vintage car restorations. Restored to pristine condition, lovingly, in a painstaking, year-long process, retaining the original frame, parts, and engine, the car was given a second life.

The first ever Batmobile has an estimated price of around $180,000, although it could possibly fetch a lot more, you can find out more details at the link below.