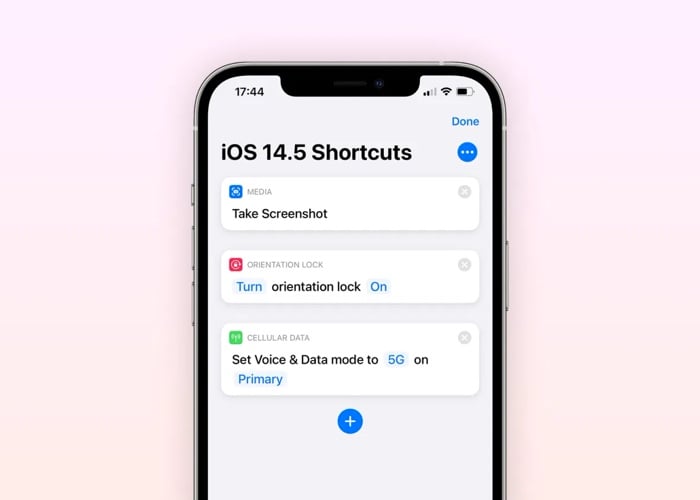 Apple released their second beta of iOS 14.5 yesterday, we have already seen a range of new features in the OS in some videos and now we have some details on some more new features.

The iOS 14.5 software update will add some new Shortcuts actions which will allow yo to take a screenshot automatically and more.

There is also a new Orientation Lock action which will allow you to easily turn the orientation lock on and off, plus a new Voice & Data made, that lets you set your default network as 4G, 5G Auto, 4G and also 3G.

These are on top of the changes which we heard about previously that include some major changes for app privacy, a range of new Emoji and more.

Apple are expected to launch their iOS 14.5 and iPadOS 14.5 software updates next month, as soon as we get some details on a release date, we will let you guys know.