Zynga has acquired OMGPOP, the maker of one of the most popular mobile games at the moment ‘Draw Something’, and whilst no details on the deal have been disclosed, there are reports that Zynga have paid around $200 million for OMGPOP.

Draw Something is extremely popular, the game has been downloaded more than 30 million times, and is played in 84 countries around the world. 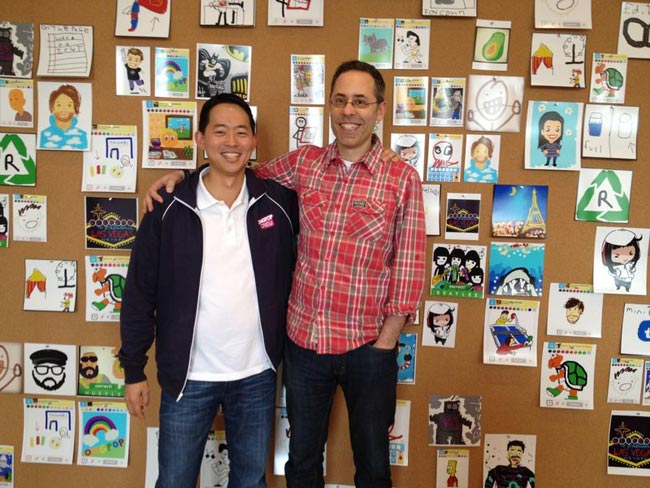 Zynga offered us a chance to focus on Draw Something. They know the power of the game and they planned with us how to let it keep rolling in the same fun, irreverent and social way that it has been. That was really important to us. And they are working with us on everything else –improving performance issues in the game, planning for new games, finding even more developers to work on the game and more. For us, as a small game studio in New York City, which is not at the epicenter of gaming, to find a partner to help us bring our special brand of fun to even more people, is an incredible opportunity.

So to players of the game, don’t worry. Nothing’s changing and now all the features you want — chat and sharing and galleries and more – will come even faster. Thank you for everything. And to all future players, you are going to love the things that OMGPOP and Zynga are cooking up together.

You can find out more details over at the Zynga Blog.