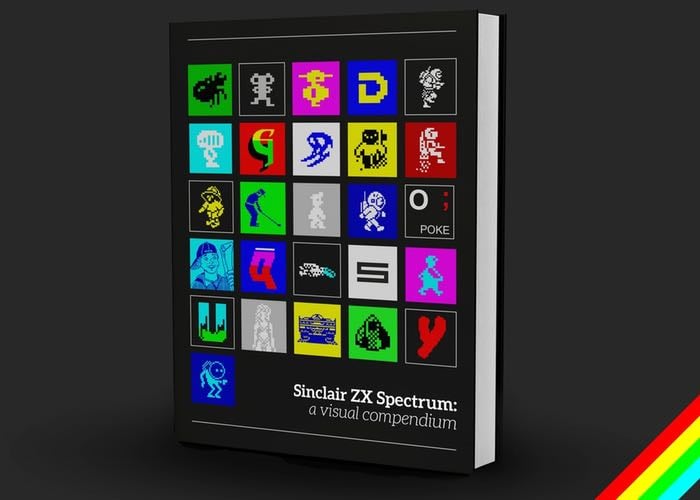 Those old enough to have owned one of the original ZX spectrum computers launched throughout the UK in the 1990’s, are sure to enjoy reading this ZX Spectrum Visual Compendium that has been created by Bitmap Books.

Bitmap Books have launched the ZX Spectrum homage over on the Kickstarter website making it available to pledge for from £25 for the soft cover version, as well as making plenty of stretch goals available for fans. 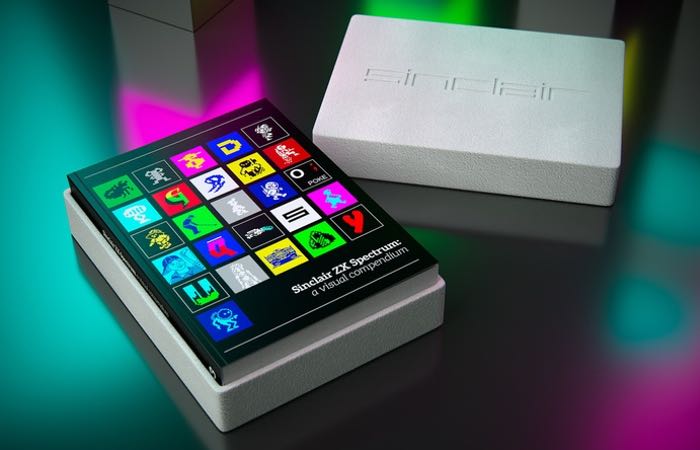 “My Kickstarter campaign to design and produce a book all about the ZX Spectrum. Sinclair ZX Spectrum: a visual compendium will focus on the visual side of the computer; from in-game pixel art to game maps to box artwork, the book will be crammed full of beautiful high-resolution, full-colour imagery. The ZX Spectrum is a true British icon and at the time boasted cutting-edge product design. This unique and iconic image is something that we want to capture; the ultimate aim is to produce a book which proudly pays homage to this classic home computer.

A book that celebrates the beauty of the ZX Spectrum. Full of pixel art, iconic box art and contributions from industry legends. Throughout the campaign, I will keep updating the below graphic, as and when we reach the stretch goals. The more funded the project gets, the better the end product will be and the more extras you will get for your pledge!

Growing up, my two best friends and I were computer mad; I had the Commodore 64, the other two had the ZX Spectrum and Amstrad. Although I was the Commodore owner, I played an awful lot of ZX Spectrum games as a child. For many people, the Spectrum was their first experience with a computer, and ultimately helped give birth to the UK software industry. When placed in the right hands, the Speccy could do magical things!”

For more information on the new ZX Spectrum Visual Compendium jump over to the Kickstarter website for details. and to hope it become a reality.