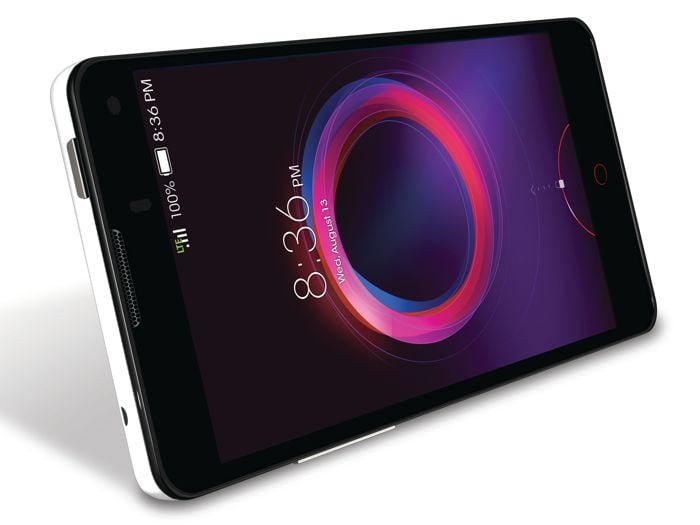 It looks like we have some details on the new ZTE Nubia Z9 smartphone as the handset has recently turned up in some benchmarks.

The ZTE Nubia Z9 was recently spotted in the AnTuTu database and the listing confirmed some of the specifications on the handset.

It looks like the new Nubia Z9 will come with a 5.2 inch Full High Definition display with a resolution of 1920 x 1080 pixels and the handset will be powered by Qualcomm’s new flagship mobile processor, the eight core 64-bit Snapdragon 810. 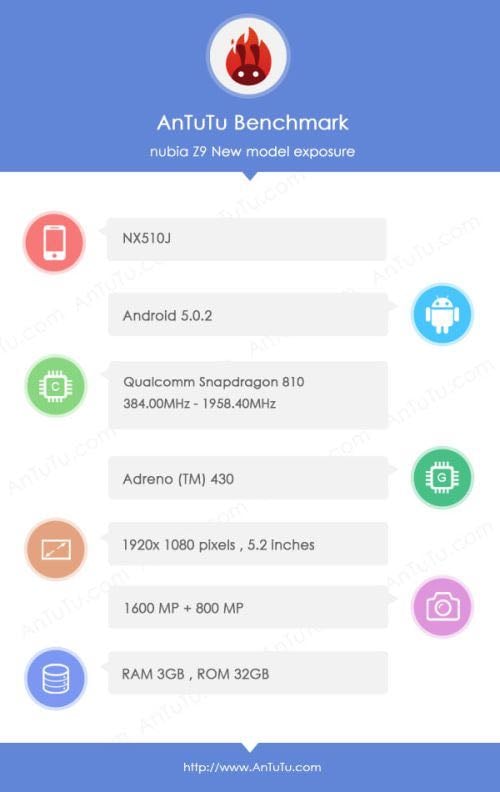 The ZTE Nubia Z9 will come will also feature an Adreno 430 GPU for graphics and 3GB of RAM the handset will also come with 32GB of built in storage.

It looks like ZTE will be including high end cameras on both the front and the back of the device, as the front camera will be an 8 megapixel version and the rear camera a 16 megapixel version, it will also come with Android 5.0.2 Lollipop.

So we pretty much know the full specifications on the new Nubia Z9, the only thing we do not know is what the device will look like, as soon as we get some actual photos of the handset, we will let you guys know.