iPhone 5 owners who enjoy capturing video footage on their smartphone and would prefer the sound to be more professional, might be interested in a new microphone which has launched this week by Zoom equipped with Apple’s new Lightning connection.

The Zoom iQ5 has been designed as a Mid-Side stereo mic and is compatible with Apple devices running iOS 6.0 and above, and of course equipped with Apple’s new Lightning 8-pin port connection. 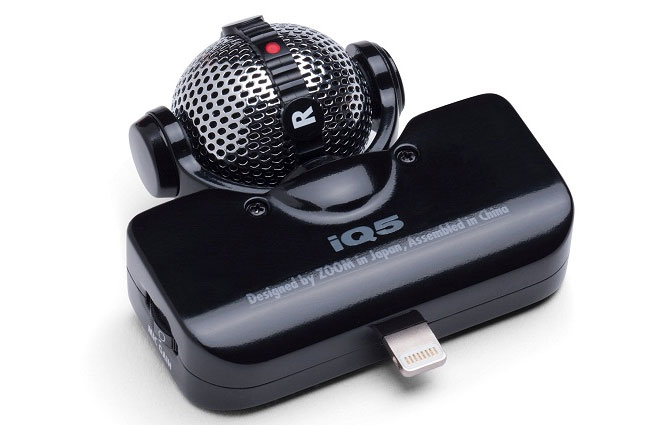 Zoom has designed the central mic section to rotate allowing you to position the microphone in the best orientation depending on whether you are filming in portrait or landscape modes. Providing both 90 and 120 degree fields, together with support for 16-bit 44.1 kHz. and straight RAW audio capturing.

The Zoom iQ5 will be arriving in stores later this year for around $100.