A new camera dolly design has arrived on Kickstarter this week thanks to designer Paul Jackson, in the form of the ZipShooter camera dolly, that has been created to carry both DSLR cameras and smartphones.

The design of the ZipShooter allows it to server as a linear dolly, a curved dolly, or an under-sling dolly. As well as being able to convert into a range of shoulder support rigs if required. Watch the video after the jump to see it in action. 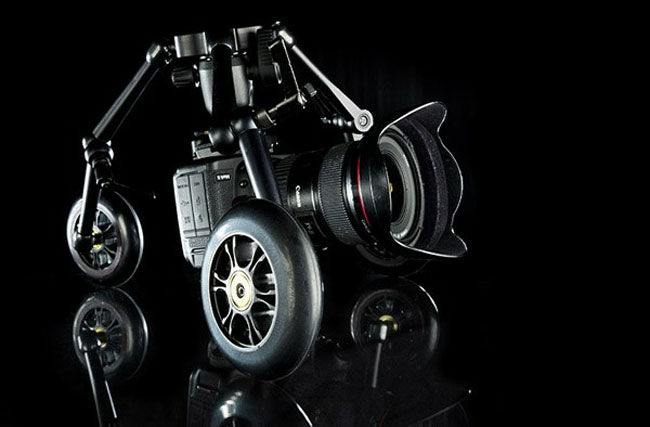 ZipShooter can support DSLR cameras up to 20lbs in weight and can easily be collapsed to fit into a camera bag for transportation.

“Each and every ZipShooter will be manufactured and hand assembled right here in Western North Carolina for the utmost in precision and quality. The final shipping product may differ slightly from the prototype photos and video here as improvements are always in the works. The ZipShooter™ will be delivered assembled and ready to use. Comes with the ball-head as shown.”