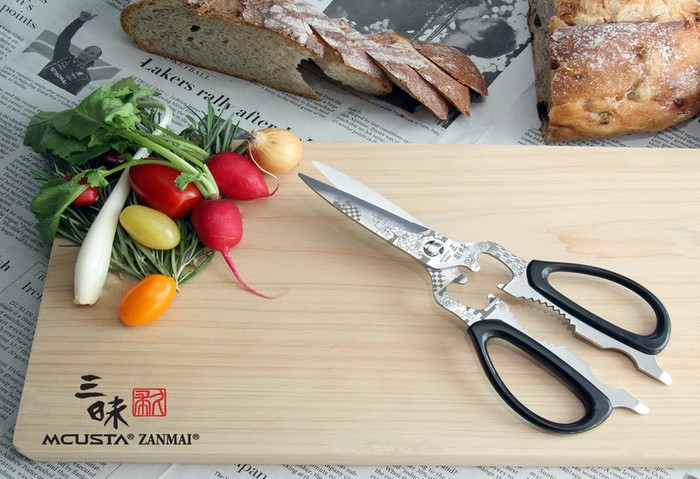 Professional and home chefs searching for the ultimate kitchen scissors may be interested in the Japanese made Zanmai Sakura Scissors now available via Kickstarter. Designed by professional craftsmen the multipurpose scissors are completely manufactured in Japan and feature a number of useful tools to help you prepare different types of food. The unique scissors feature tempered blades that take approximately 4 hours to temper at temperatures over 200° C and the design of the scissors are based on the science of ergonomics. Specially priced early bird pledges are now available for the recently launched project from roughly $68 or £50 (depending on current exchange rates). 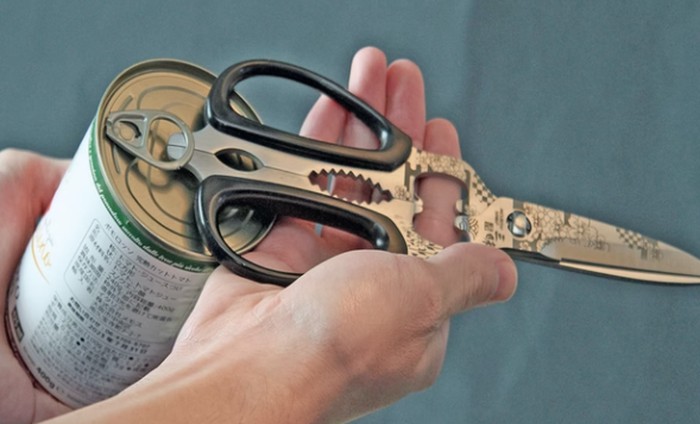 “Wholly made in Japan, the Zanmai Sakura Scissors are a high quality multipurpose scissors which were born from the amazing skills of craftsmen from the cutlery crafting capital of Japan, Seki City. With multipurpose in mind and a cutting ability to match any other high quality pair of scissors, these are a brilliant pair of scissors to have in your kitchen drawers. We highly recommend you to give them a try! Even today, there are many various swordsmiths in Japan, and the traditional sword craft is still alive even today. We are proud to say that we are based in Seki City, a city that has been at the heart of cutlery and sword making for over 800 years! Be it a great pair of scissors or beautiful katana, the skills to make the beauty and cutting ability are carrying on, and using the skills from the past we look to make newer better items for the future. “ 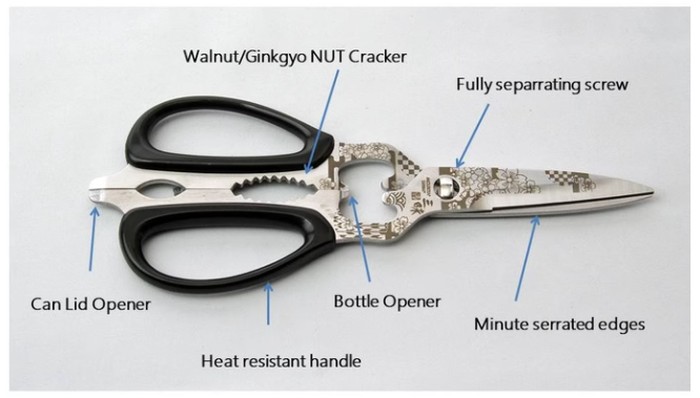 “This pair of scissors is the result of all our hard work and dedication, as well as the skill of the craftsmen that work on them. The amazing skills and traditional craft that has been handed down over many many years combined with new technology has created what we think is a beautiful pair of scissors. When it comes to creating Japanese food, scissors can be an indispensable utensil in the kitchen, and are also useful when making other foods from different cultures. As well as this, they can find their roots in traditional Japanese swords. “

“Found on the face of the scissors are a symbol of Japan, the cherry blossom or Sakura in Japanese. In the language of flowers, cherry blossoms as a whole are thought of as portraying moral beauty, or graceful femininity, and this is not only when they flower, but also when they fall and dance gracefully in the spring breeze. They are recognised as a Natural monument of Japan, and from Okinawa to the Tohoku region, there are over 39 different recognised species such as the Oshima zakura.”

For a complete list of all available pledge options, stretch goals, extra media and full specifications for the scissors, jump over to the official Zanmai Sakura crowd funding campaign page by clicking the link below.