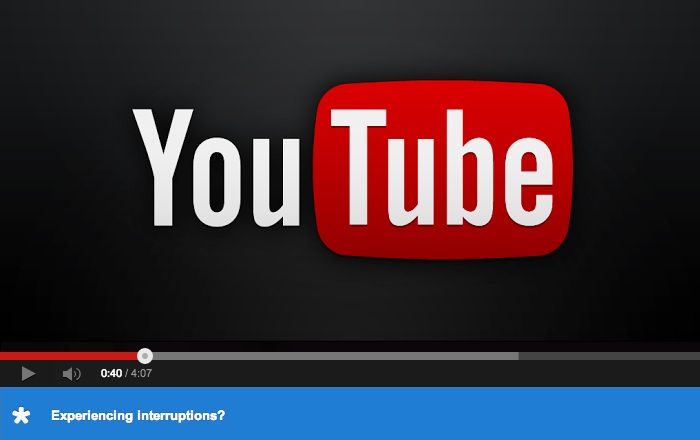 YouTube has now started following the likes of Netflix and has started publicly shaming Internet providers that might be restricting YouTube videos from playing back smoothly to users.

When a YouTube movie has problems streaming, a new notification will appear at the bottom of YouTube movie, and provides information on possible streaming problems.

The new blue notification bar on YouTube is labelled “Experiencing interruptions?” and allows users to see why their video might be taking a little longer than normal to buffer or is a little choppy during playback.

When a user clicks on the blue notification bar Google reveals to the user via a new website where the video playback quality for internet service providers or ISPs around the world is shown. Enabling users to see whether the streaming problems are from their local network or caused by their broadband provider.

If you find your connections are a little flaky when viewing streaming media, it might be time to find a new Internet service provider that is capable of streaming content cleanly to your systems.

Netflix also recently rolled out a similar service for its users to indicate when an ISP might be causing problems for users. However Internet provider Verizon called the message “deliberately misleading” and threatened legal action against Netflix. 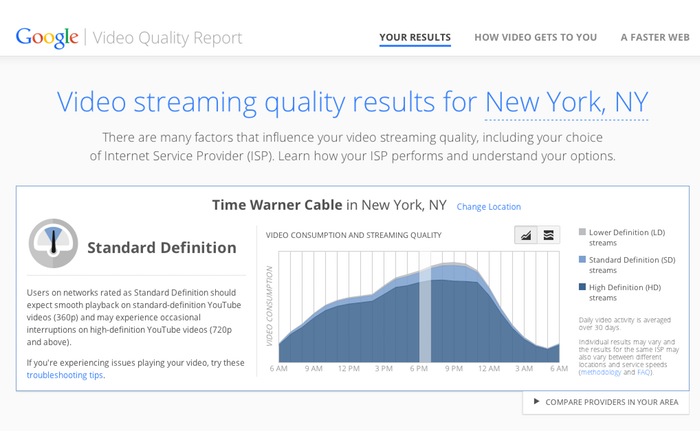