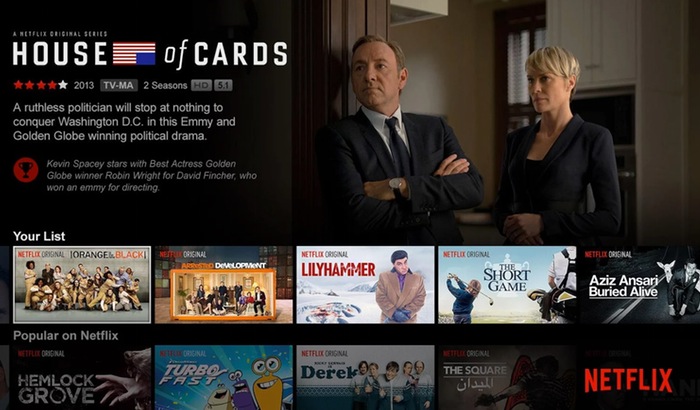 Even though the new Google Android TV device and service is only available to a handful of developers at the current time. Netflix has wasted no time publishing their new Netflix Android TV application to the Google Play store.

As you would expect at the moment the Netflix TV app only supports the ADT-1 developer device which was made available to attendees of last weeks Google I/O developer conference.

Netflix explains in the apps description over on the Google Play Store : “Get this free application as a part of your Netflix membership and you can instantly watch thousands of TV episodes & movies on your Android TV device.”

At the present time Android developers are able to control the Netflix Android TV app using the ADT-1’s included in-box controller or the Android TV remote control application, and from the included screenshots the new Android TV app looks to follow suite with a similar design we have already experienced on its app for other platforms.

As Google starts to roll out their new Android TV service and set-top boxes over the coming months you can expect the Netflix Android application to be fully supported and ready for owners to enjoy as soon as Google makes their Android TV available to consumers. As we learn any more information about an Android TV release date we will keep you updated as always.