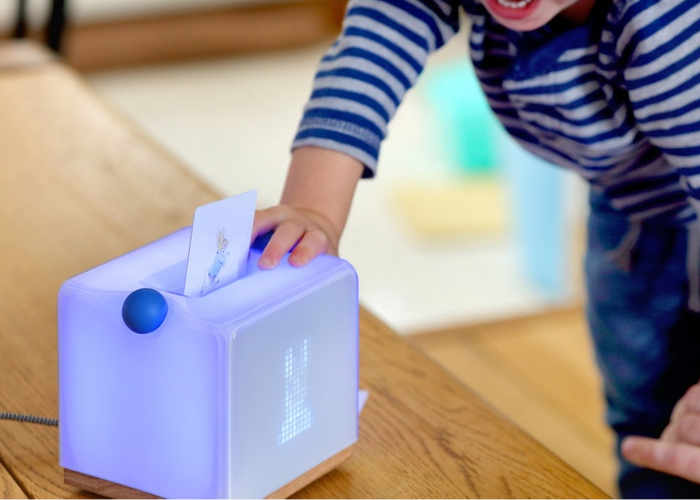 A new interactive smart speaker specifically designed for children has been launched via Kickstarter this week with the aim of raising £20,000 over the next 35 days. Designed by Yoto and taking inspiration from Montessori principles, the children smart speaker uses physical cards to unlock a library of curated music, stories and learning features that grow as your child develops. Watch the demonstration video below to learn more about Yoto and its unique features tailored for children.

The developers of Yoto based in London explain more about its inspiration, design and functionality.

Inspired by Montessori principles (as well as the cassette players of our youth), Yoto is an audio player that works with physical cards to give children back control over what they choose to play.   At its heart, Yoto is a modern take on a children’s Hi-Fi, with the clever stuff that comes from being ‘connected’, but without the concerns that come with open access to the internet.   Yoto plays a wide range of content: from favourite nursery rhymes and songs to get the kids dancing, to classic stories, podcasts and radio from around the world. From learning the alphabet with phonics, and practising scales on the piano, to sound-effects for role-playing and acting out – Yoto is smart, but safe, and lots of fun, and we’re proud to show you what it can do.

Jump over to the official Kickstarter campaign page for a full list of pledges available from £99 for earlybird backers with shipping expected to take place during June 2018.