With help and support from Nikon photographer Alexx Henry has created a very unique xxArray 64-camera rig that provides an awesome interactive 3D view of a subject never before seen and which could make realistic 3D imagery more accessible.

The first use of the new 64 camera rig was put to use creating photography for the launch of Art and Skin, a 3D tattoo magazine launched just last week for the iPad. Watch the video after the jump to learn more about the xxArray 64 Digital SLR 3D Camera Array project and see it in action. 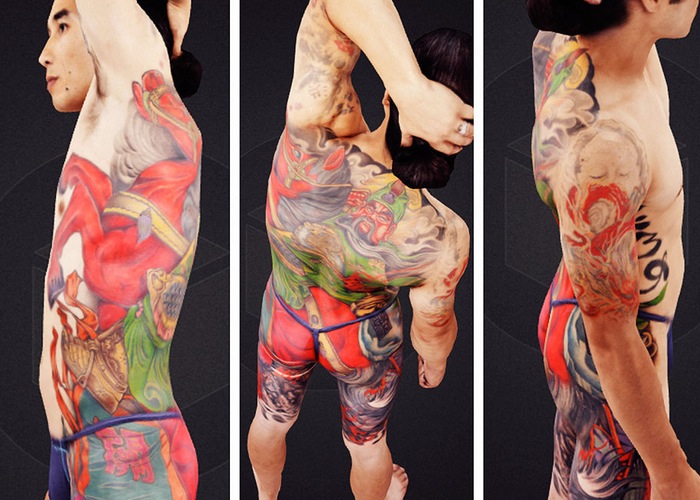 Photographer Henry explains : “To be able to actually reach out and manipulate something and use augmented reality apps to experience the content is incredible and I think 3D is the most logical next step. Putting it in everyone’s hands in the mobile and tablet space is going to happen with or without us.”

The Fast Company website explains a little more about how the xxArray functions : “The “array” in the name refers to a group of cameras: 64 Nikon D5200 bodies, to be exact. “There was a lot of trial and error involved in setting this up,” says Henry. “We went through about four different setups before we got it right.

Software called Agisoft Photoscan stitches the images from the 64 cameras together to make it a cohesive whole. Agisoft was originally designed for the Geographic Information Systems industry as a tool for photogrammetry, which is the science behind Apple’s 3-D maps, for instance. But the same techniques that capture buildings and topographic features apply equally to the contours and textures of the human body.”