If you are in the market for a new tablet, you may have a hard time deciding what tablet to go with now that the new iPad 2 has been unveiled. Motorola unveiled its slick Xoom tablet back at CES and the thing will come in 3G and WiFi only versions. The big downside has been that the tablet is expensive with hints that the WiFi version would go for $599. 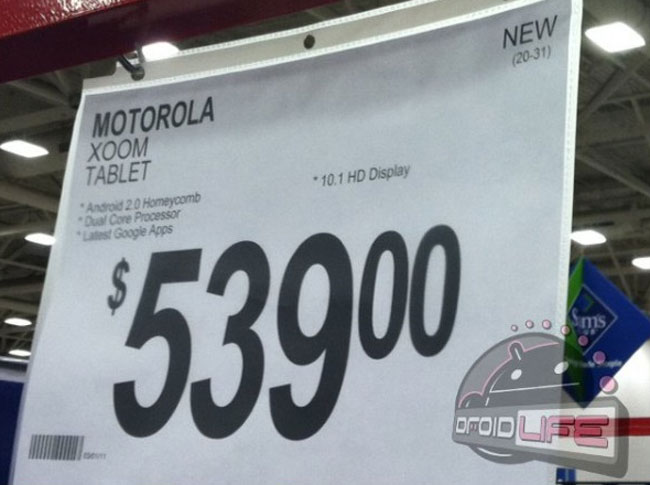 That will be a negligible price difference to many folks that want to buy the new tablet. That said the tag in the photos is flat wrong on a some things it shows so if the specs are off, the price might be too.