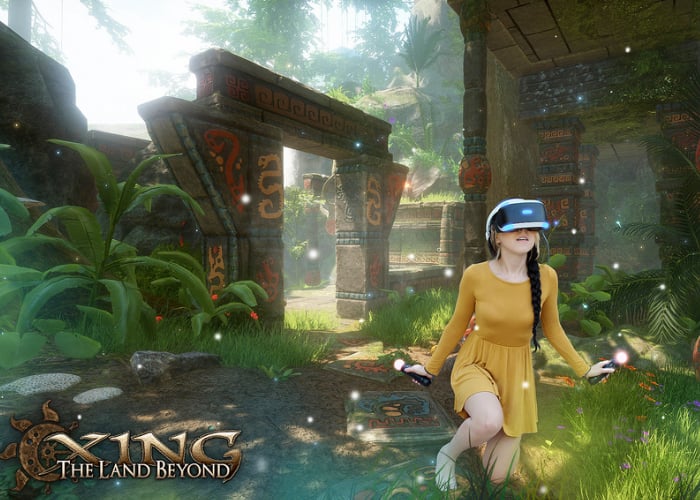 Watch the demonstration video below to learn more about what you can expect from the interactive puzzle adventure, XING: The Land Beyond. “Xing: The Land Beyond is an atmospheric first-person puzzle adventure game set in the afterlife. In death, you will find yourself on a journey across a series of mysterious lands filled with the thoughts and personalities of those long lost.”

Xing has been created to fully support the PlayStation VR platform and can be played using either DualShock 4 or Move controllers depending on your preference. “In the land of XING you are crossing the threshold between life and death. You are on a journey to earn your freedom, while freeing other spirits trapped in the inbetween. Each realm you visit was once home to a spirit, which will act as a guide in telling the story of his or her life through scattered poetry. Spirits will also help you in your quest to solve puzzles, in the hopes that you will set them free when you pass through the final gate into oblivion.”