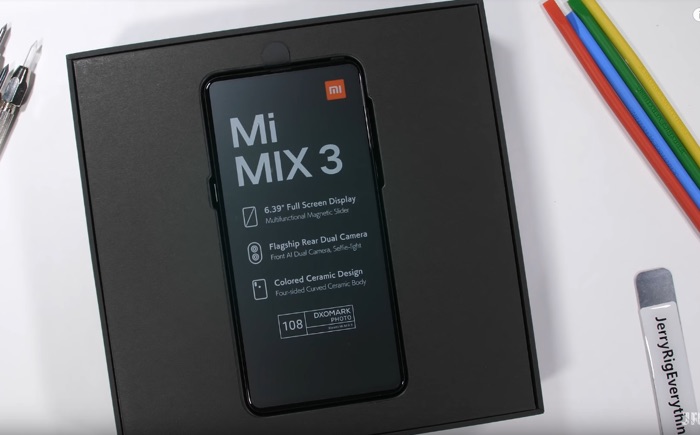 The Xiaomi Mi Mix 3 is slightly different than the majority of the phones of the market, instead of a notch on the front for the cameras it comes with a slider for the front cameras.

JerryRigEverything has released a new video where he tests out the durability of the new Xiaomi Mi Mix 3 smartphone. In the video we get to see the handset out through a number of tests, this includes a scratch test, burn test and a bend test.

As we can see from the video in the scratch tests the scratches appeared at levels 6 and 7, this is the same as the majority of the devices available at the moment.

The handset has an AMOLED display which means that it doesn’t do very well in the burn test. The device did fine in the bend test and there was no major damage done to the device. It would appear that the device is pretty durable.