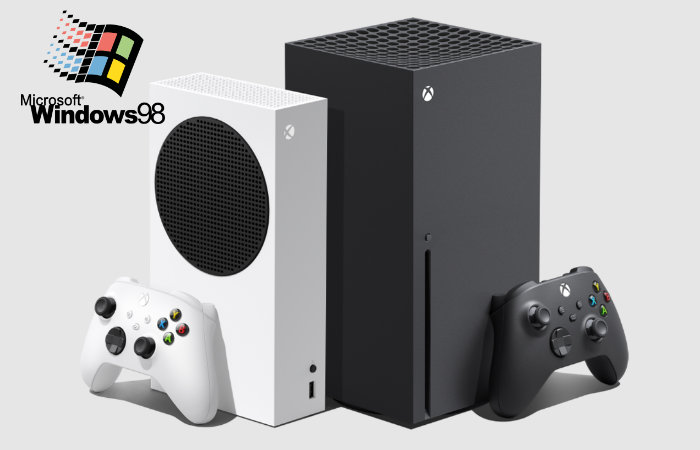 If you have ever wondered what it might be like rubbing Microsoft’s iconic Windows 98 operating system on the latest generation Xbox Series X|S games consoles. You will be pleased to know that the team over at Digital Foundry have loaded Windows 98 onto an Xbox Series X console to play older it still iconic PC games. Check out the video below to learn more about how to set up your Xbox console to run PC versions of Quake, Half-Life, Unreal, Turok and more.

“Windows 98 played host to a massive collection of truly iconic PC games – and now you can play them all on your Xbox Series console thanks to virtualisation of the entire OS, plus emulated support for 3dfx Voodoo Graphics! So, how do you get it set up, how well does it work, and how does it compare against real hardware of the era? Alex Battaglia reveals all.”

How to install Retroarch on your Xbox Series X|S

“As the name suggests Microsoft first launched its Windows 98 operating system way back in June 1998 as a general available release with the final release in its Second Edition version available during May 1999. Windows 98 is a hybrid 16-bit and 32-bit monolithic product with the boot stage based on MS-DOS and was the the successor to Windows 95. “Windows 98 was released to generally favorable reviews, with praise directed to its improved graphical user interface and customizability, ease of use, and the degree to which it addressed complaints that users and critics had with Windows 95.”