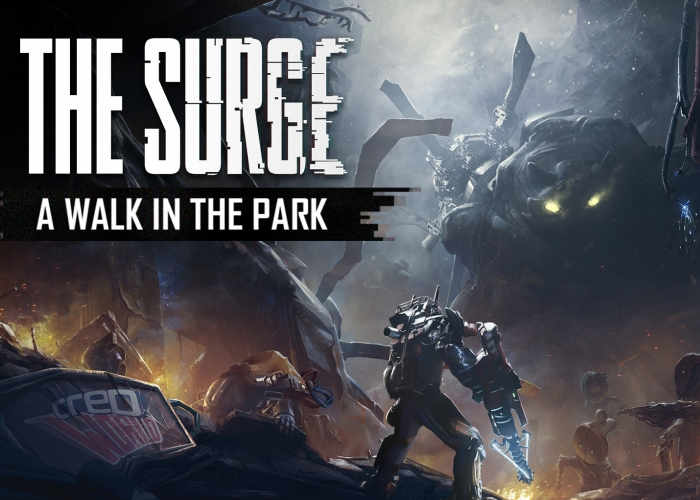 The Surge has received a major expansion this week in the form of A Walk In The Park which and a wealth of new content to the action role-playing game. The Surge A Walk In The Park DLC also includes Xbox One X enhancements allowing the game to look even more fantastic thanks to the 4K Ultra HD and HDR support of the new Microsoft console previously codenamed Project Scorpio. Watch the launch trailer for the new Walk In The Park content for an overview of what you can expect.

The Surge brought players deep into the high-tech CREO industrial complex, overrun by deadly machines, rogue AI and deranged exoskeleton workers. A Walk in the Park gives players a breath of fresh air by taking them to an environment that’s more open and colorful, though no less deadly. CREO World is an amusement park built by CREO for its employees and their families. The entire park is a deadly trap, where roaming rescue teams have gone insane and robotic mascots patrol freely, patiently waiting for new visitors to offer a deadly welcome.

Originally created to celebrate CREO and its mission, the park is a radically different setting from the rest of the complex, full of branching paths and secrets to discover. Through technical and spectacular fights, you will face this new threat, cutting and equipping 16 all-new weapons, sets of armor, and new implants to upgrade and further customize the way you want to play.