DICE the developers of Battlefield 4 have this week confirmed that their new game will come with Kinect support but EA has yet to detail Battlefield 4’s Kinect functionality in full. 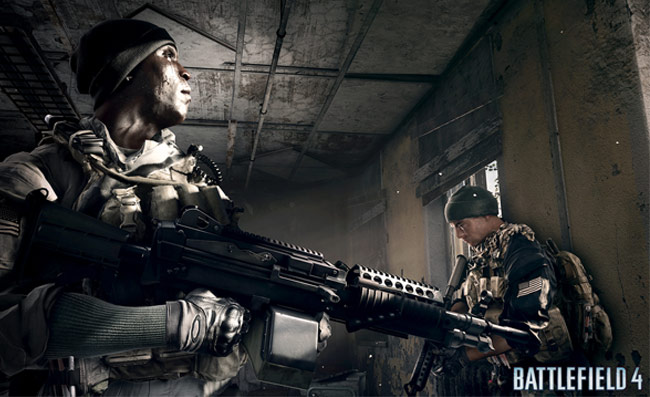 However its is clear that you will not have to use the Kinect gesture control to aim your weapons. DICE explains the when “motion control does not make sense” it will not be used but the Kinect device will provide support in “other places where it will make sense”. DICE general manager Karl Magnus Troedsson told Game Informer:

“Instead of just trying to tick all the boxes of features you can do with new hardware, we look at what actually adds value [for] our players.

“When you look at the kind of games that we build – or Battlefield at least – it is a first-person shooter that is very much about skill. Input is really important. You need to have very precise control over what’s going on, and trying to do something like that with motion control input does not make sense – not if you want to keep the same kind of formula of the game as we [have] now. You’d need to build a different kind of shooter.

“But there are other places where it will make sense, and we are going to use it for other things in the game, but we haven’t announced exactly what.”