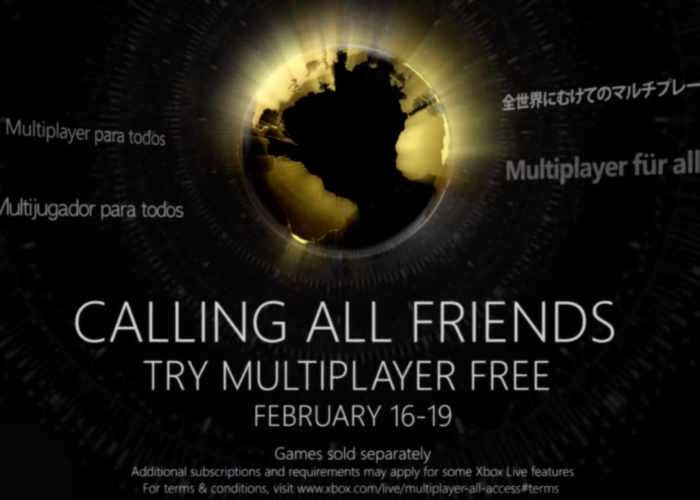 Microsoft has now started allowing all Xbox One and Xbox 360 owners to access the Xbox Live multiplayer service for free until February 19th, 2017.

The new multiplayer Xbox access is available to all those Xbox gamers even if you don’t have a Gold account. Enabling you to taste the multiplayer action but is available on a wide variety of different games from first person shooters, to races and rocket league mashups.

Check out the trailer below to whet your appetite for the Xbox multiplayer free access which is now available to enjoy the next couple of days.

Calling all friends to participate in our Multiplayer All Access event! For four days only, play with friends and gamers worldwide for free on both Xbox One and Xbox 360. For even more fun, play Rocket League and NBA 2K17 for FREE on Xbox One for a limited time. Boot up your console, tag your friends, and get gaming.